She was born in Trenton to Norman and Rosell Shanklin. She attended school at Dyer and graduated Dyer High School in 1971.

She started to work right away after she finished beauty school in 1970.  She has been a beautician for 48 years and 34 of those years were spent at her current location at Personal Touch Salon in Dyer.

Vanessa has four siblings, Wayne, Larry, Rose, and Sherrie. They all grew up on a farm in Kelly Mill Community. She has three sons  Michah, Jeremy and Brandon Pierce, eight grandchildren and one great grandchild.

In her spare time, which is very little since she works 13 hours a day, Vanessa enjoys basketball games, good music, going out to eat, going to the movies, and reading. She has been a member of the “Steppers” and enjoys dancing.

She has been a member of New Bethlehem Baptist Church all of her life.

She is married to Roger Grey. Roger is retired from the Gibson County Sheriff’s Department and now works at Karnes and Son Funeral Home.

“Vanessa has been a big supporter to the Dyer Station for years, and we thank her for that,” a spokesperson said. “Naming her Grand Marshal is our way of thanking her for her service.  She is a great friend to all and especially Dyer Station. We hope you will all come out see the parade on the Fourth of July and see Vanessa as well.” 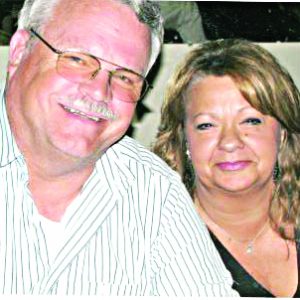