Gibson County Relay for Life will be held Saturday, June 2 at Milan City Park. Opening ceremonies are set for 6 p.m. and a Fighting Back ceremony will conclude the event at 11 p.m.

For the first time in the history of the American Cancer Society fundraiser, Milan, Humboldt, Medina, North Gibson and Trenton will all be merged together into one huge event.

Local radio personality and co-owner of The Victory 93.7 FM, Stevie Ray Hemann, will emcee the event.

Bryan Newman, of Trenton, was diagnosed with Burkett Lymphoma, an aggressive type of cancer, in February 2017. He started chemo on March 4 and spent the next two weeks in the hospital with pneumonia, dehydration, para influenza, and other problems. He was referred to Vanderbilt for continued treatment where he received bags of different chemicals, blood, and magnesium.

Newman took chemo at Vanderbilt every three weeks and had his platelets and white blood count monitored in between trips twice a week at Kirkland Cancer Center.

“Each stay at Vanderbilt was different,” Newman said. “Some were three days, five days or the worst was 13 days. Nausea, back pain, headaches, weakness, loss of appetite, lack of sleep and rest, and swelling were common.”

His last chemo treatment was Aug. 16, 2017. On Oct. 4, all scans were good. Newman continues to go for checkups every three months.

“Cancer is terrible!” he said. “My family, friends, and co-workers have been supportive all the way and prayer and faith in the Lord have sustained me. It’s been a tough battle, but I am a survivor!”

Newman is manager of Food Rite on the 45 Hwy. Bypass S. in Trenton. He and his wife Betty have two daughters, Nicole and Paige.

Grady, of Dyer, has worked with Gibson North Relay For Life for many years. She first began her work with the Kellwood Team in Rutherford. When the factory closed, Grady began helping the Dyer School Team.

“Pam’s name should actually be Pam ‘Relay Concerned’ Grady,” said William MacFarland. “Everyone knows and loves Pam. Seems life is always unfair to the one who does the most, and that is what happened to Pam.”

Last year, Grady was diagnosed with two kinds of cancer. Strong chemo treatments lasted for almost a year, but Pam continued her work as much as she could.

Grady’s surgery was a success. As she came home from the hospital, Dyer students lined both sides of the street and waved as Pam and her family passed.

“The love she gave came back to her,” MacFarland said. “Pam is a most worthy recipient of this honor. She has taken a hard lick, but she keeps on going. She’s an example – a loved example. And she’s cancer free.”

Pam and her husband Ray have two children Dewayne and Sabrina and one granddaughter Alexis.

8:15 Milan Stuck in the Middle Players 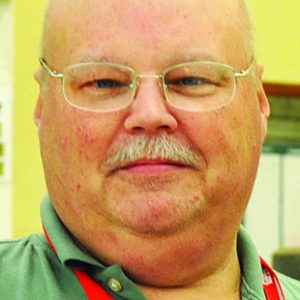