FacebookEmail
| logout
‘Made in Milan’
Taking care of customers is key for truss making firm
By Steve Short
In a church in Belize, Central America, congregation members gather under a roof made in part in Milan, 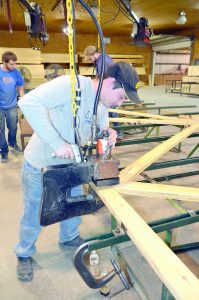 Wooden trusses in the rafters of the Belize church were built by workers at Custom Products, Inc., a Milan firm that has made structural building components for 22 years.
Inside the Custom Products plant, you can watch a team of employees assemble a large, triangular-shaped truss by taking 2 X 6 pieces of yellow pine and pressing them together with small metal plates. The lumber is high grade and void of knots or warping.
Custom Products trusses are used “from the wall up” in commercial and residential buildings – churches, houses, offices. Dormitories at Union University and the roof of the Mother Liberty Church in Jackson, TN were built using trusses from the Milan firm, as was the concave ceiling of the amphitheater at Milan City Park.
Most trusses from Custom Products are 80 feet or shorter. But the firm recently built 102 ft. trusses for First Baptist Church of Pocahontas, TN. “That’s the biggest thing we’ve ever done,” said Custom Products founder, Larry Butler. “We had to have a special hauler to transport them.”
The Milan firm provides trusses for buildings located usually within 200-miles of Milan. The Belize church was an exception. Butler and business partner Mike Grainger also designed a mission building in Africa. The men engineer their truss designs with a structural engineering software program that helps calculate load stresses and factors such as ice and snow.
“Mike and I have been around building all our lives,” said Butler. “We both come out of building backgrounds and manufacturing experience, and this business just works for us.”
Butler grew up on a farm near Gibson, and his grandfather and father did construction work. “My granddaddy and my daddy were both in building,” he said. “My dad (Gerald Butler) was a carpenter in general construction, one of those old craftsman guys.” Butler’s father was a foreman during building of Jackson’s Old Hickory Mall. Larry also worked on the project.
After serving a combat tour in Vietnam, Larry earned a college degree and worked as assistant administrator at Milan Hospital. He was a manager at Acco and All Steel in Milan. Grainger was a tooling engineer at A.O. Smith (Tower Auto) in Milan.
“Mike and I both came out of big industry after twenty years apiece and started a little business,” said Butler.
Homemade start
Butler started a part-time business in 1995 making roof trusses at night in his Medina garage. Wife, Shelia would call on lumber companies to market the trusses. After many long hours and hard work, they decided Larry would devote full time to his truss business. In 1999, they moved the business to a 5-acre tract in Milan, site of the former ITT plant, and Grainger came onboard. 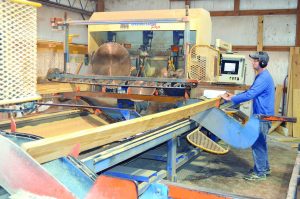 “The reason that we’ve been successful for twenty-two years is because we really do focus on taking care of our customers,” said Butler. “If we make a mistake, we don’t argue – we fix it. A lot of times they’ll make a mistake, but we still fix it.”
“We’re the small fish,” Butler added. “The other truss companies out of Nashville, Missouri and Kentucky that we compete against are big. They’re large companies, but they can’t react as quickly as we can. We get a lot of work from them simply because we take the time to figure it out and work with the customer. It’s all about satisfying the customer.”
“Anybody can build trusses,” added Grainger. “We sell service. Our customers are more like friends. They know we will go out of our way to make it fit.”
“We really do pay attention to satisfying the customer,” added Butler. “We have a lot of builders and architects and engineers who specify us on building plans, because we do all the extra leg work up front. We can adjust quickly, if we have to change something. We’re real flexible. If we see a piece of equipment we want, we just go get it. We don’t go through the corporate stuff. We like the flexibility of a small business.”
Butler and Grainger also design residential homes for owners. “People come to us with a picture out of book and say, ‘We want to build this house,’” Butler said. “We’ll figure it out and let them come look at (the design). We also work closely with contractors. We make sure they know what we’re doing.
“We’re the small guys, but we’re still real busy,” he added. “Mike and I feel like our customer service is the reason why.”
·         Official name of company: Custom Products, Inc.
·         Number of employees/shifts: 14
·         Location; size of plant: 7031 Jones Dr. near Telecom Dr. – 14,000 ft2
·         President/CEO/Owners: Larry Butler (founder) and Mike Grainger
·         Date firm started operating in Milan: July, 1999 (Business began in Medina in 1995).
·         Products: Structural building components, trusses 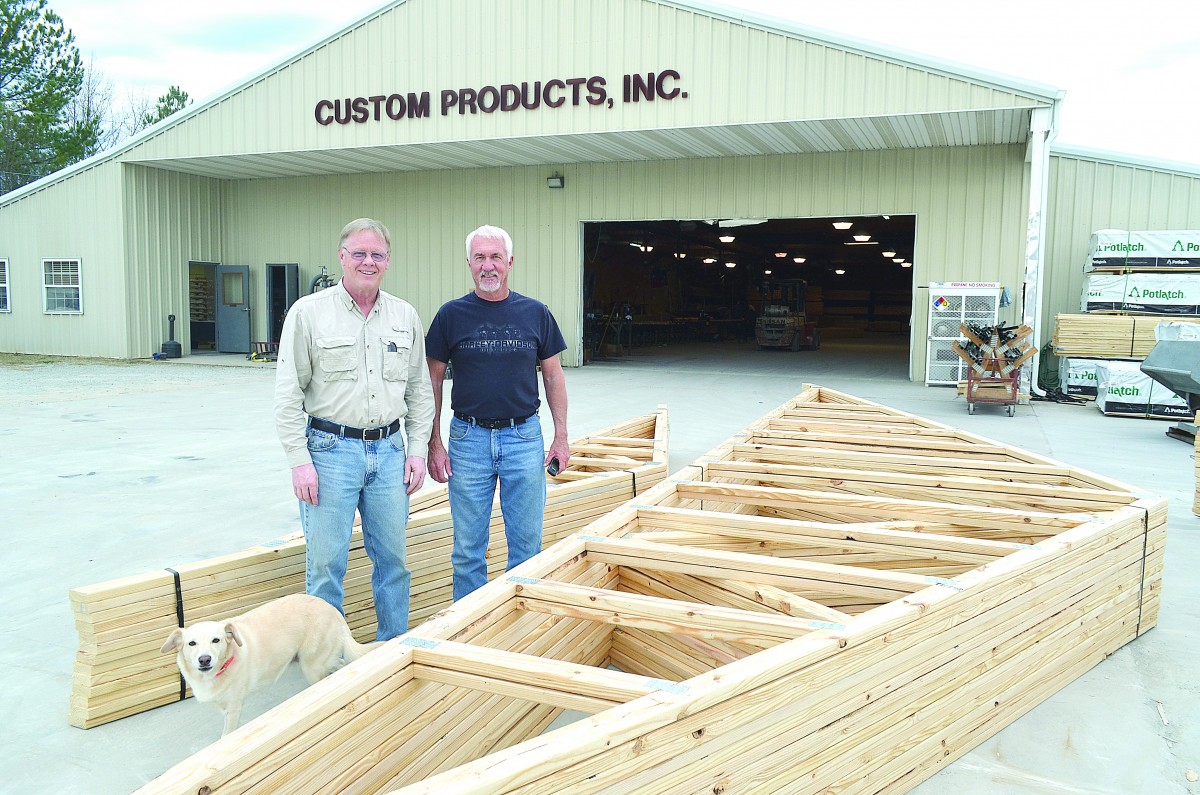 BUSINESS PARTNERS Mike Grainger (left) and Larry Butler have managed the Custom Products firm since 1999, making tens of thousands of wooden trusses, used in buildings in at least seven states.