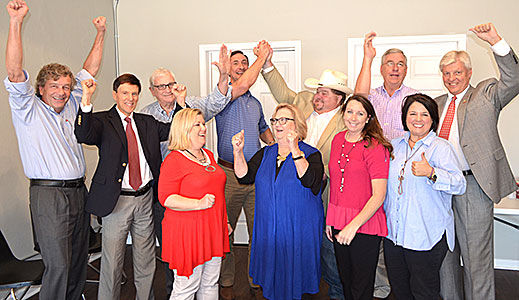 TEAM GIBSON COUNTY GETS IT DONE – Leaders from around Gibson County have worked tirelessly most of the summer to land Tyson Foods in Gibson County. The giant producer of chicken announced Monday morning they will bring over 1,500 jobs to the Gibson County Industrial Park in Humboldt. Among those celebrating the news are (from left) Kingsley Brock, Floyd Flippin, T.O. Lashlee, Amanda Love, Alex Smith, Debbie Carroll, Gibson County Mayor Tom Witherspoon, Libby Wickersham, Humboldt Mayor Marvin Sikes, Julie Allen Burke and Trenton Mayor Ricky Jackson. (Editor’s note: Countless other county leaders were unavailable for this photo opportunity. We thank you all for your service and hard work on this project.)

The biggest news to hit Gibson County in decades was announced Monday morning. Tyson Foods will build a new plant at the Gibson County Industrial Park on the northern side of Humboldt and bring over 1,500 jobs to the area.

Approximately 250 guests and dignitaries attended the announcement held in the Humboldt Medical Center’s conference room with. 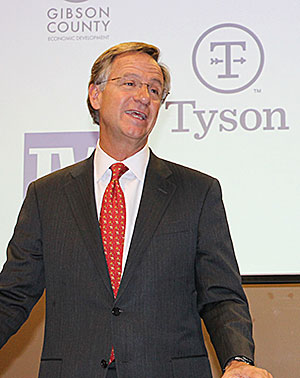 Governor Bill Haslam addresses the special guests and media during a press conference announcing Tyson Foods will open a new facility in Humboldt at the Gibson County Industrial Park. Plans are to have the plant running and producing product by late 2019.

“This is a historic day for Humboldt and Gibson County,” Humboldt Mayor Marvin Sikes said during the announcement.  “Tyson Foods’ tremendous capital investment and job creation will have a long lasting, positive impact in our community for years to come. I could not be more excited, and I want to thank Tyson Foods for their commitment to our city and county.”

“We are extremely blessed to have won a project from a company with the reputation Tyson has,” Gibson County Mayor Tom Witherspoon said. “Many years of work from countless people have gone into arriving at this day. There is not a doubt in my mind that the positive impact Tyson Foods and the tremendous investment it is making in Gibson County will reign in a new era of economic growth with even more companies to come, bringing opportunity for all.”

“Our company has been successfully producing chicken in Tennessee for more than 45 years, so we’re pleased to expand our presence in the state with this major investment,” said Doug Ramsey, group president of Poultry for Tyson Foods. “We’re grateful for the invitation to become part of Humboldt and Gibson County. The location is attractive to us because of the strong support we’ve received from state and local leaders, the existing industrial park and availability of labor, as well as access to feed grains produced in the region.”

“I want to thank Tyson Foods for choosing Humboldt as the location for its new operations and for creating more than 1,500 new jobs in Gibson County,” Governor Bill Haslam said. “The new facility will be Tyson’s fifth location in Tennessee and it means a great deal that a company of this magnitude will continue to grow its footprint in our state. I appreciate Tyson for its continued commitment to Tennessee and for helping us become one step closer to our goal of making Tennessee the No. 1 location in the Southeast for high quality jobs. 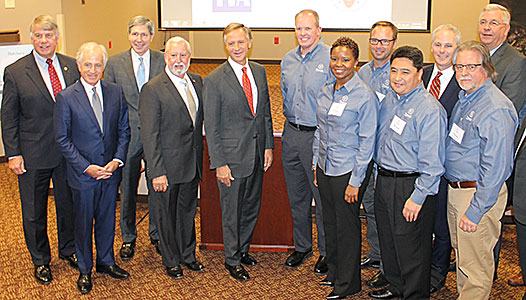 The new Tyson facility here will produce pre-packaged tray packs of fresh chicken that are sold in retail grocery stores, according to a statement from Tyson.

Kingsley Brock, economic development recruiter for Gibson County, said the Gibson County Industrial Park is approximately 500 acres. The north site has 250 developable acres where Tyson will locate. Tyson will use between 50 and 100 acres of the north site with plenty of room for expansion if needed.

“This is a wonderful day for Humboldt and Gibson County!” Brock said. “Over the last few months we have gotten to know the Tyson team and leadership, and they have impressed us every step of the way. They are committed to Humboldt and Gibson County and will be a fantastic corporate partner. We will have the most high-tech poultry manufacturing plant in the world with good paying jobs in basically a recession proof business. This is a huge win for Humboldt, Gibson County and much of West Tennessee, and I could not be happier nor more proud!”

“The opportunity that Gibson County has been given by Tyson Foods, Inc. in our Gibson County Industrial Park will benefit Gibson County and West Tennessee area in many ways that the general public cannot begin to recognize at this point,” Gibson County Industrial Board Chairman Debbie Carroll said. “Tyson Foods has been absolutely wonderful to work with and we are looking forward to having them as a community partner.”
The preliminary timeline anticipates groundbreaking to take place in March 2018 and the plant to be fully operating in late 2019. At the beginning, an estimated 900 employees will be needed, with the number of workers growing close to 1,600 within a few months. Floor workers are projected to start around $13 to $15 an hour. 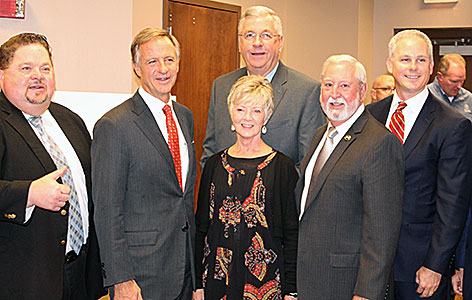 Another Tyson facility will be built in the Humboldt Industrial Park on the west side of town. This will be a hatchery where hens lay eggs that are incubated.
The baby chicks will then be transferred to chicken houses to be raised. Mayor Sikes said Tyson estimates a need for 200 of these chicken houses that will raise 2,500 chicks at a time. After 53 days, the grown chickens will be transferred to the Gibson County facility for processing.

The chicken houses will be independently owned and will contract with Tyson. Farmers and business people within 30 to 40 miles of the site will have the opportunity to diversify their businesses.

There will be a need for local farmers growing crops to produce feed for the millions and millions of chickens raised each month.

The Humboldt plant is projected to process 1.25 million birds per week, according to a press release from Tyson.

A chicken complex is comprised of a processing plant, hatchery, a feed mill and related operations. Tyson Foods will build these in and around Humboldt. Outside contractors will help build the project; Tyson Foods expects it will involve hundreds of workers.

“It’s estimated another $150 million will be invested through local jobs and associated businesses,” Love added. “And that doesn’t account for the additional economic growth for the city and surrounding area. With the incredible number of farms we have and now the addition of Tyson Foods, Gibson County really is feeding the world.”

“Gibson County is in such need of the jobs that this fine, respected company is bringing to our area along with the additional flow of the grain industry plus other spin off opportunities,” Carroll noted. “I want to personally thank all the team members that have worked with on this project including our current industrial board members, Jeff Gamble, Bill Joyner, Tommy Litton, Bill Foster, Mark Hampton, Bob McCurdy, Vance Coleman, Butch Reed and W.T. Sims.”

“This project will enable us to provide even more fresh chicken to consumers across the country,” said Tom Hayes, president and CEO of Tyson Foods. “As one of the world’s leading protein companies, we continue to raise the world’s expectations of how much good food can do.”

Tyson Foods does business in approximately 120 communities in 28 states. There are five facilities in Tennessee alone, with the new Gibson County plant being the sixth.