Agents went to the home of Bruce Morgan, 52, after receiving multiple complaints of drug activity at the residence.  On arrival, agents discovered a felony amount of methamphetamine and smoking paraphernalia.

Agents discovered that two disabled persons living in the home with Morgan appeared to have been neglected.  Morgan had been entrusted with caring for the pair’s daily needs and had on at least one occasion, left them unsupervised for more than 14 hours.  Both people are incapable of caring for their own basic needs and rely on Morgan.

Additionally, agents observed a pet within the home that was emaciated and appeared to have the mange as well as an untreated leg injury.

Morgan was arrested and is being charged with two counts of possession of a Sch. II controlled substance, two counts of knowing abuse or neglect of an adult, animal cruelty, and possession of drug paraphernalia.  He is currently in the custody of Sheriff Paul Thomas at the Gibson County Jail awaiting formal charges and arraignment.

The office of District Attorney General Garry Brown is prosecuting the case.

If you have information about drug sales in your community please contact the 28th Judicial District Drug Task Force at 731-784-0555.  Caller I.D. is not used and callers can remain anonymous. Follow us on Facebook @28th Drug Task Force.

The 28th Drug Task Force is made up of Officers assigned full-time from the Gibson and Crockett County Sheriff’s Office, Humboldt, Milan and Trenton Police Departments. 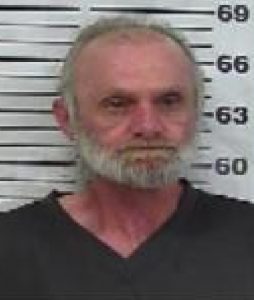