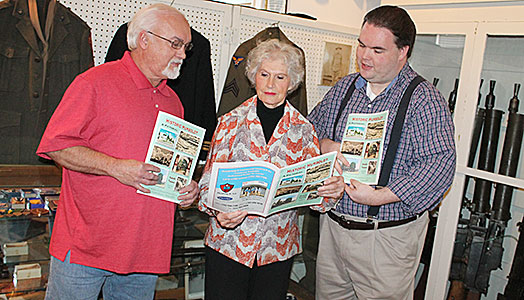 The second edition of the Historic Humboldt magazine is hot off the press. The publication is a partnership with the Humboldt Historical Society and the Humboldt Chronicle.

Last year, Humboldt celebrated 150 years. As a milestone in history, the Chronicle and Historic Society came together to produce two separate publications. One was a special section that was inserted in the newspaper. The other was the Historic Humboldt magazine.

“The first magazine was the 150th anniversary of Humboldt,” John Blankenship, president of the Humboldt Historical Society, said. “At the time, the magazine was thought to be a one-time product. The response was very positive and we sold almost every copy.”

The second edition includes previously unpublished photographs and has all new content. Many of the photos came from the Finley Collection of Nona and Jessie Finley, according to Blankenship.

“Pictures (in the magazine) are from the late 1800s through the 1970s,” Blankenship added. “There are pictures of downtown, the Strawberry Festival, schools, churches, and prominent citizens and businesses.” 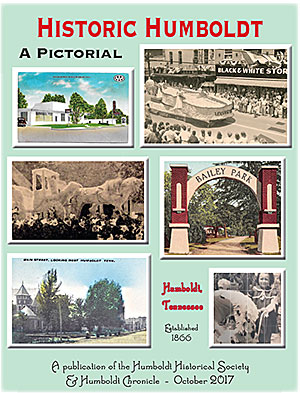 The magazine is being sold as a fundraiser for the Historical Society’s projects. Historic Humboldt magazines are being sold at the Humboldt Strawberry Festival History Museum, Monday through Wednesday, 2 to 4 p.m. The museum is located in the old city hall building at 1200 East Main St. They are also for sale at the Chronicle and at City Gift in downtown Humboldt. Magazines can also be purchased online at www.humboldthistorical.com

“It’s 32 pages this year, supported by many local sponsors,” Blankenship noted.” “We have a limited number of last year’s magazine still available.”

Some of the society’s recent projects included a ceremony honoring Private James Wilkins held at Rose Hill Cemetery where a flagpole was erected that flies both the American flag and the Marine Corp flag. Private Wilkins was an African-American U.S. Marine who was killed at Iwo Jima, Japan during WWII. The society has also done gravestone restorations at Rose Hill and held a Christmas home tour.

“We are always looking for new projects,” Blankenship said.

The club has monthly meetings with speakers, workshops and sharing memories. Meetings are held at various locations throughout the community on the third Thursday of the month at 6:30 p.m. Blankenship said guests are always welcome.

For more information about Humboldt Historical Society or to purchase a magazine, contact John Blankenship at 731-420-1316.