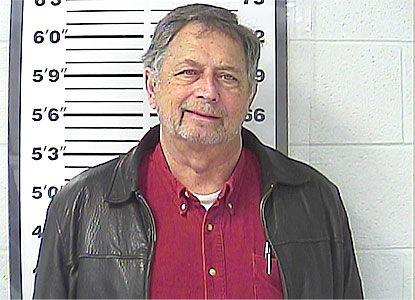 Humboldt alderman, Don Graves, was in court once again last Wednesday. Graves is facing charges from two separate incidents.
Graves and his attorney, Mark Donahoe, were in General Session Court, Wednesday, July 5, only to see the court dates postponed once again and rescheduled.
Attorney Donahoe said last Friday that both cases had been amicably resolved by all parties involved. Most of the agreements were worked out last Wednesday, the day Graves appeared in General Sessions Court and two new court dates were rescheduled.
The first charges against Graves occurred on December 12, 2016, when Graves entered the Humboldt Police Department requesting an accident report on a wreck he had been in. According to reports, Graves was not pleased with the report, became loud and argued with the police officer. Graves was asked to leave the premises, which he refused. The officer told Graves he was under arrest for disorderly conduct and attempted to handcuff him. A scuffle ensued.
Graves was charged with disorderly conduct, resisting arrest and assault, and arraigned on January 4, 2017. His first court day on these charges was February 28, 2017.
Graves’ court date was rescheduled four occasions to March 29, May 10 and to last Wednesday, July 5. His new court date for the three charges is August 9 at 9 a.m.
In February of 2017, Graves faced new charges of harassment by a Madison County woman. In an affidavit of complaint filed by the woman, Graves continued to contact her through text messages, phone calls and on Facebook after being told not to have contact with her by the Humboldt Police Department. The last contact he made with the woman, according to the affidavit, was February 14 at 12:35 a.m. In March, Graves turned himself in to the Gibson County Sheriff’s Department.
Graves’ first court date for the harassment charge was set for March 29 to coincide with his other court date for the incident at HPD, and later rescheduled twice for May 10 and July 5.
Now, the two charges are scheduled be heard on separate dates. October 11 is the new date for the harassment charge.
Donahoe said it is their hope that both cases will be dismissed but could not rule out another court appearance. He does not anticipate anything further on either case.