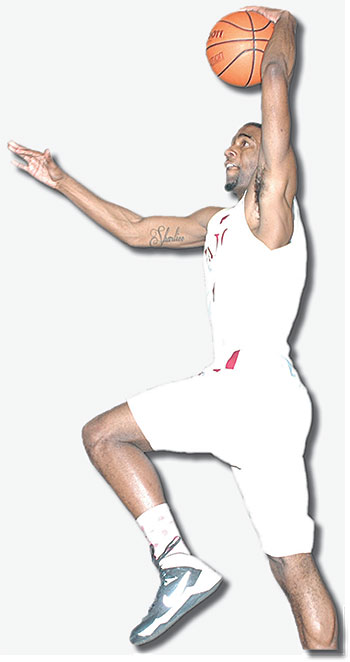 STILL SHINING – Former Humboldt Viking superstar Desonta Bradford is continuing to shine in his basketball career after being named East Tennessee State University assistant for player development. At Humboldt, Bradford was a 4-year starter for the Vikings and help lead Humboldt to a state championship title in 2013. The next year, he was voted Mr. Basketball for the state of Tennessee Class A. Bradford went on to play Division I ball for the ETSU Bucs where he was voted SoCon Player of the Year by the conference coaches his senior year. In this 2014 Chronicle file photo, Bradford is about to throw down one of his trademark dunks.

One of Humboldt’s favorite sons is still at it, making a name for himself. Desonta Bradford continues to achieve in his basketball career and was named assistant for player development with his alma mater East Tennessee State University.

The former Southern Conference Player of the Year was announced by ETSU men’s basketball head coach Jason Shay via a zoom call with the media recently, according to ETSU’s website.

“I think Desonta has a lot to offer,” Shay said. “He won a championship and was Player of the Year, so he has achieved a lot of highs that our players would like to reach. I think it’s always good to bring back former players because they understand the system and they can help with some of the nuances in the teaching. It’s also good to understand the culture and the standards and they know that’s how we do things. He has achieved things that our players I think would like to also achieve themselves.”

“It feels good to be back,” said Bradford, who earned Associated Press All-American honorable mention in 2017-18, on the school website. “I always felt like I would get into coaching sooner or later. It just so happens to be sooner now. I enjoyed playing, but now I like to watch the game and think the game from the coaching side, so I think it’d be good for me. I played for Coach Shay for three years so I understand his philosophies and understand his demands as coach. I believe that will help me act as a mentor with these current players and I can tell them what they can work on to be successful.”

Born April 12, 1996, Bradford got an early start playing basketball. From City League Basketball, to the Jr. Vikings and the Vikings, Bradford was a standout. But his growth in the sport was immense when he hit the high school court for the Vikings. 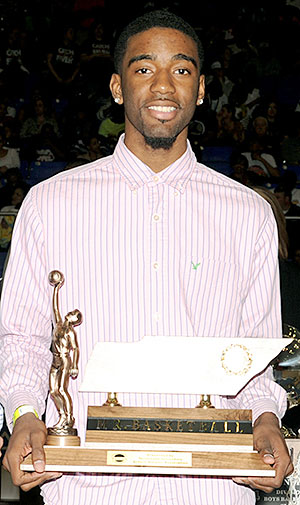 The highlight of his high school career came in 2013 as a junior when the Vikings won the state championship in Murfreesboro, Tenn. That year, the Vikings beat Lake County five times during the season. Humboldt won both regular season matchups, and then beat Falcons in both the district and region tournaments, only to see them once again for the final game, the Tennessee State Championship game with an exciting 61-48 Viking victory. In the first round of the tournament, Bradford and the Vikings beat Mt. Pleasant rather handily 65-47. In the semi-finals, Humboldt took on a tough Wartburg Central team and came away with a 64-58 win. Bradford was named to the All-Tournament team at the state tournament and was named to the All-State team as a junior as well.

Bradford put his name in the spotlight during his junior season and people noticed. His senior year, even though the Vikings did not make the state tournament, he still received the biggest individual accolade for high school sports. He was the winner of the Class A Mr. Basketball Award announced at the conclusion of the state championship game at Murphy Center in Murfreesboro for 2014.

As a Viking, Bradford scored over 1,500 points, had over 500 rebounds and 500 assists in his career at Humboldt.

Bradford was courted by several colleges and eventually said East Tennessee State University was the right fit for him—and he was right.

As a 4-year starter, Bradford played for the Buccaneers from 2014-15 through 2017-18, scored 1,256 points, which ranks 18th all-time in program history. During his career, Bradford also totaled 476 rebounds, 349 assists, 146 steals and played in 132 games (66 starts). Following his senior season in 2018, Bradford was tabbed SoCon Player of the Year by the coaches after he averaged 15.4 points, 5.8 rebounds, 3.5 assists and 1.9 steals. Bradford was also a three-time SoCon all-tournament team selection, including a first team member in the Bucs’ 2017 championship campaign.

After a successful Division I career at ETSU, Bradford had hopes of playing in the NBA but the call never came. Instead of hanging up his sneakers, he took his talents to Europe. On July 20, 2018, Bradford signed with Hungarian team Egis Körmend. On July 4, 2019, Bradford signed with Phoenix Brussels of the Belgian Pro Basketball League.

Last week, Bradford took his game to a new, yet different level and returned to his college team where he was offered and accepted the position of assistant for player development with the East Tennessee State University Bucs. 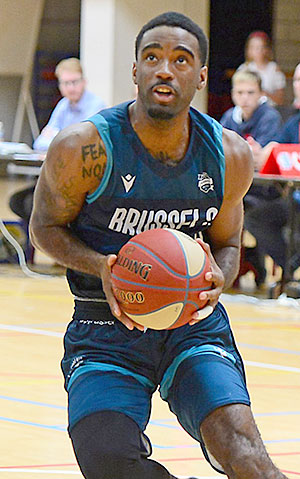 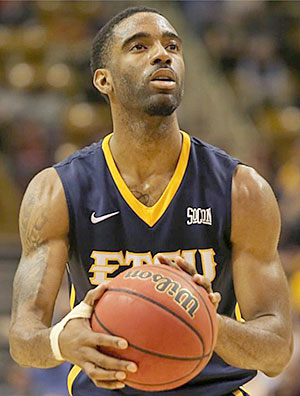