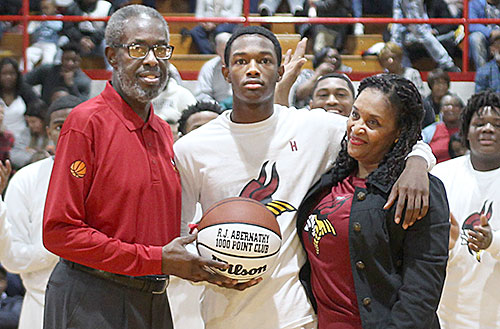 ABERNATHY HITS 1,000 – R.J. Abernathy (center) is the newest member of the Humboldt Viking Basketball 1,000 Point Club. Abernathy was honored last Friday between the Lady Vikings and Vikings basketball games. Abernathy, a senior this year, is joined by his father and coach, Ron Abernathy, and his mother, Sheron Abernathy. Abernathy is being pursued by several colleges and is primed to take his talents to the next level after high school.