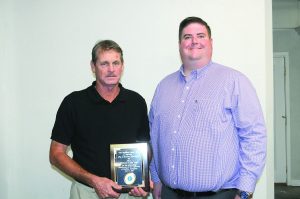 CITIZEN OF THE YEAR – Charles Alexander (left) was chosen by the Medina Lions Club as the recipient of their 2017 Citizen of the Year Award. Alexander was nominated for his efforts to revitalize downtown Medina and for always being willing to lend a hand. Pictured with Alexander is Medina Lions Club President John Hughey. Photo by Logan Watson.

Alexander named Medina’s ‘Citizen of the Year’ by Lions Club

The Medina Lions Club bestowed the highest honor their club can present to a non-member last Thursday night, as they named Charles Alexander Medina’s “Citizen of the Year” during their annual Awards Banquet.
“We had quite a few nominations,” said Incoming President Lion John Hughey, “and his body of work was by far the most extensive, whether it be his efforts to revitalize downtown, working with local businesses or just helping people out.”
A devoted husband, father and grandfather, Alexander was described as a quiet man, but always ready to lend his community a hand.
“He’s been a real blessing to our club,” said Hughey. “He has always said, ‘Tell me what you need, and I will get it done.’”
Alexander was instrumental in the success of the recent Downtown Street Festival, even staying long after the event was over to clean help the clean up efforts in the rain. Alexander has also donated his time and effort in the planning of benefits for fellow citizens who have fallen on hard times due to sickness or the death of a family member.
“Charles has taken such pride in revitalizing Downtown,” said his wife, Dawn Alexander. “He wanted our grandson, Sy, to be proud of his hometown of Medina. He takes such pride in Medina, but Charles never wants any credit and remains quiet on the sidelines.”
“There was no one more deserving of this award,” said Hughey. “Charles would do anything for anybody.”
The Lions Club also inducted their new officers for the 2017-18 year and swore in new members.
Officers inducted were Daniel King – Membership Director, Barry Bland – Tail Twister, Rodney Allen – Liontamer, Clayton White – Treasurer, John Hughey – President, John Boswell – Secretary, Alan Bradbury – Vice President, David Walker, Ryan Hall and Eric Lee – Directors.
New members of the Medina Lions Club sworn in Saturday night are Nathan Brittain, Alecia Hendrix and Donna Schlesinger. 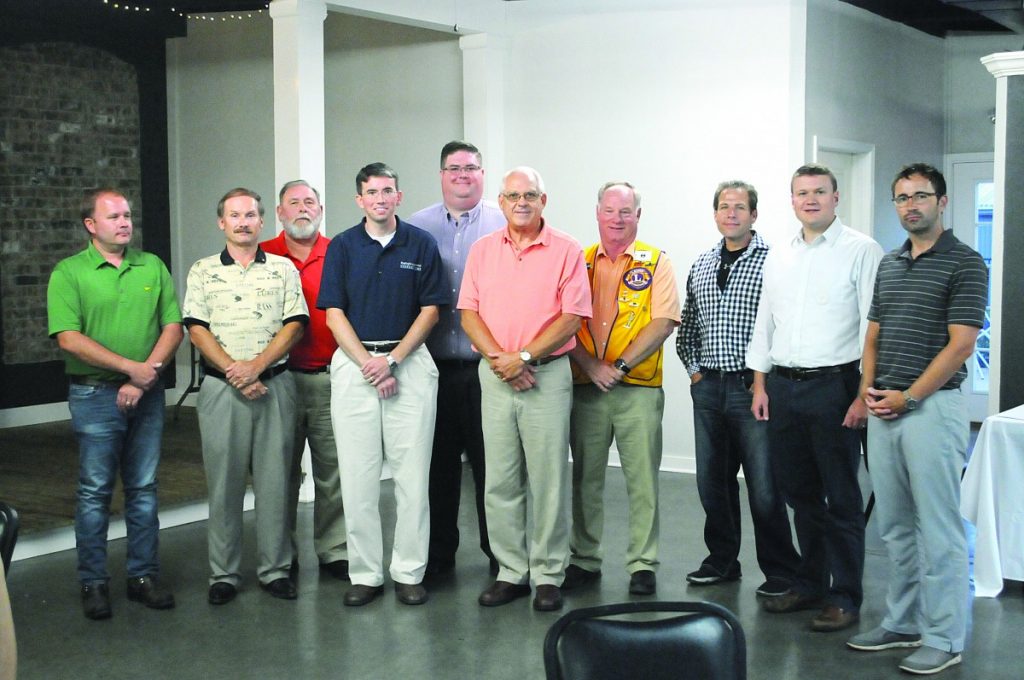