FacebookEmail
| logout
Milan teachers honored at end-of-year luncheon
Retiring educators given emotional goodbyes
By Steve Short
With summer vacation just around the corner, teachers and staff in the Milan school system were in a celebratory mood at the annual end-of-year luncheon, held at the high school May 26.
Employees, school board members and other guests were treated to steak dinners, as tributes were paid to retiring educators, teachers who completed a milestone thirtieth year, and staff members who had perfect attendance in 2016-17.
First year Director of Schools, Jonathan Criswell thanked faculty and staff members for their work. “You’ve invested in your students’ lives, and you’ve made a difference,” he said. 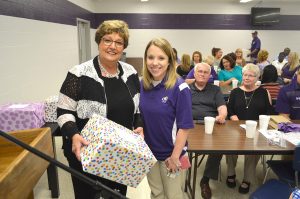 “I am so excited to be here in Milan,” Mr. Criswell told the audience. “I’m excited about where we are, and about where we’re going.”
Three retiring employees – Marilyn Goodman, Joyce Kilzer and Lynda Warren – were honored with personal tributes and gifts.
Ms. Goodman, Supervisor of Pupil Services, Alternative Education and Attendance, was honored by Amber Shelby, social worker at Milan High School. “She put kids first,” said Ms. Shelby about Goodman, who completed 25 years in Milan and 40 years overall as a state educator.
Lynda Warren, Title I Assistant at Milan Elementary, was honored by Asst. Principal Jason Hurt. Warren completed 25 years in the system and was described by faculty members as “bighearted,” “vivacious” and “student focused.” “She never said, ‘No’ when anyone asked her for help, even if she didn’t have time,” said Mr. Hurt. 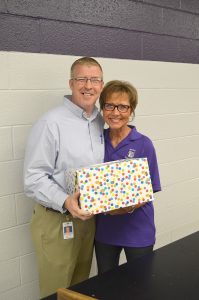 Joyce Kilzer, Administrative Asst. to Federal Programs and Special Education, was honored by Dana Rainey, Asst. Principal at Milan Middle. “I feel like she raised me to this point, and many of you can say the same thing,” said Ms. Rainey, calling Kilzer “one of the most positive people” she’d been around. Ms. Kilzer was employed by Milan schools for 19 years. “We loved her, and she loved us unconditionally,” said Ms. Rainey. “She loved children.” 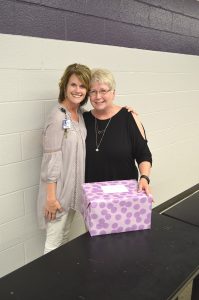 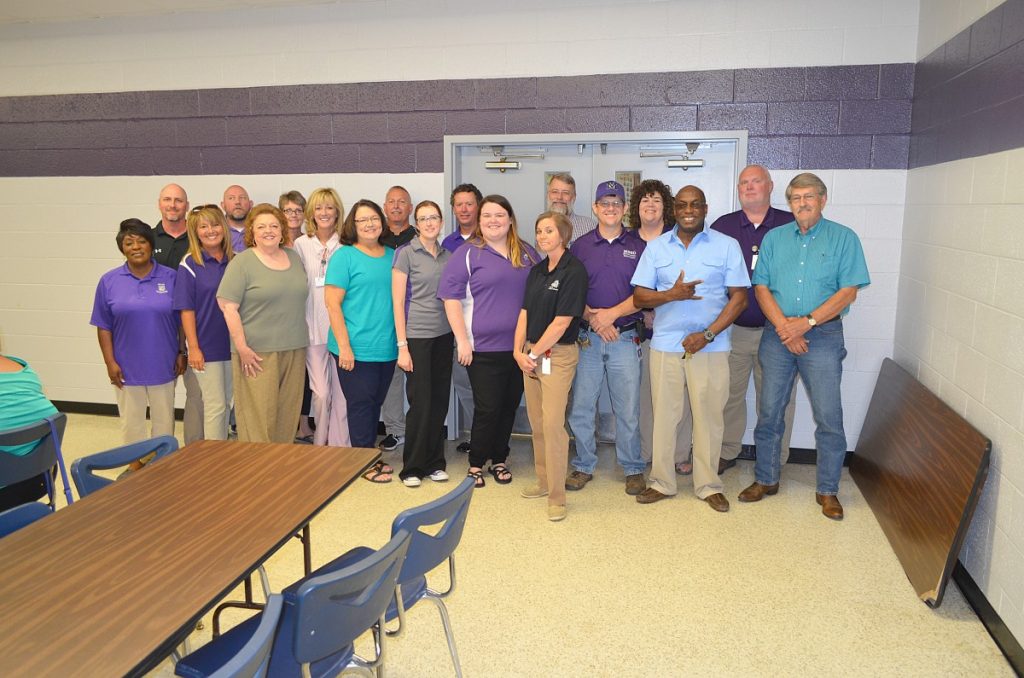 Bruce Niven, president of the Milan Endowment for Growth in Academics, presented 29 grants worth $30,365 to teachers. He was assisted by board members Julie Allen Burke and Thorne Barbour.
Posted in Mirror Exchange Breaking News, News