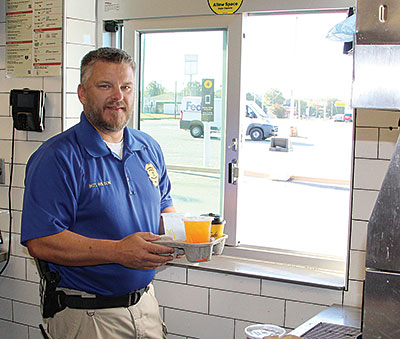 WORKING THE WINDOW – Sgt. Jonathan Wilson of the Humboldt Police Department works the drive-thru window at McDonald’s last Wednesday to celebrate National Coffee with a Cop Day. HPD officers visited three locations in Humboldt as a way to get to know more people in the community.

In today’s social climate, tensions have been high between citizens and police officers. There has been a definitive line drawn in the sand between people that feel comfortable in calling on those that have decided to dedicate their lives to their careers on the force and others that do not feel comfortable. There are real conversations that need to be had in order to break down those barriers built between both officers and citizens, which is why the national holiday Coffee with a Cop was born.

On October 5 across the entirety of the United States, cops and citizens gathered together at local restaurants and coffee shops to sit down and share a cup of coffee over open discussion about the work police officers do and how citizens can be better assisted with feeling safer.  Not every grievance will be solved over a steaming mug of joe, but it is a start at bridging the gap.

Humboldt police officers gathered at three different locations around the city to celebrate the national event with the community. At McDonald’s, officers shared coffee with patrons as well as served customers through the drive-thru window and manned the front counters. At Rachel’s Diner, a few policemen sat around tables 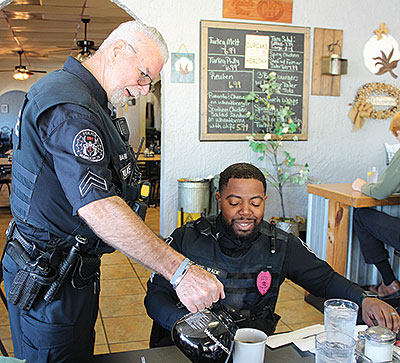 talking to others over coffee and breakfast, even pouring pots of coffee for the guests needing refills. At The Coffee Shop, the event was more intimate with the cops gathered at a circular table with citizens of Humboldt, which allowed for welcomed discussion on what the police officers of this town could do to foster better relationships with different communities within Humboldt.

“The best part for me was being [at this event] without an agenda, or a call.” Sgt. Jonathan Wilson explained what he loved about participating for the holiday event. “The interaction without reason was my favorite.”

Wilson mentioned there would more than likely be updates and improvements for the next Coffee with a Cop day for October 5 in the next calendar year. The police would like to get the word out about the event more next year so they can have as many community participants as possible. The hope is for this national day to become a twice a year celebration in the years to come, but that is only a possibility for now.

“It’s just an unintimidating way for people to have a conversation with us, which is our goal,” Sgt. Wilson expressed. “We just don’t want the intimidation, which is why we did it the way we did it, whereas when someone comes to the police department, they tend to be intimidated.” 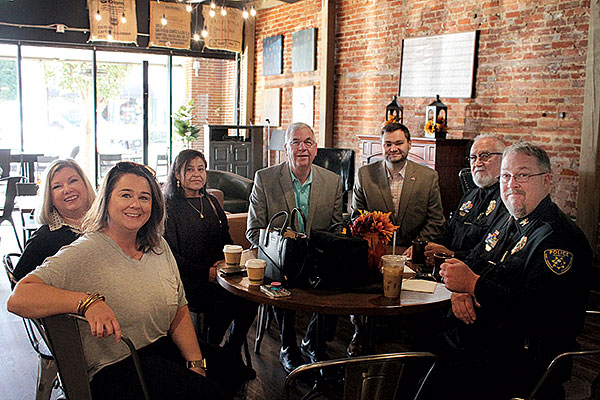