Wine maker memorialized with UT endowment for students in viticulture 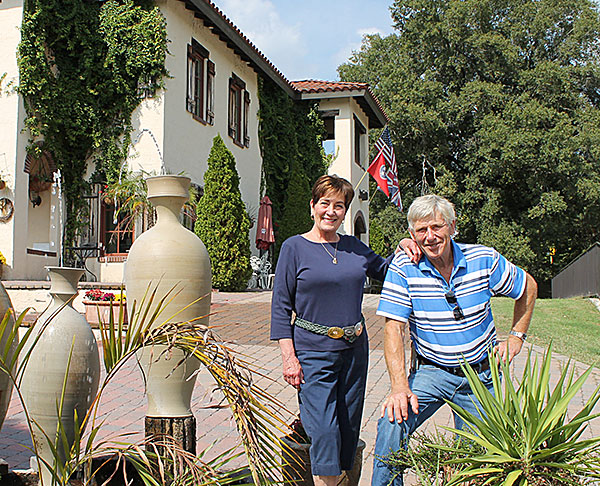 THE LOVE OF WINE – The late Peter Howard, joined with his lovely wife, Rita, now has an endowment in his honor to support the University of Tennessee students pursuing enology, viticulture and agricultural tourism. Jim and Judi Herbert created the endowment in Howard’s honor for his love of viticulture. The Howards started Crown Winery and HRH Vineyard from the ground up in 2005. After Peter’s passing, Rita sold the winery to Scott and Dawn Fallart who are keeping the dream alive today.    (Humboldt Chronicle file photo)

Crown Winery is a well-loved business within the city of Humboldt. It is a shining light for tourism as well as a wonderful place to sit down to have a drink, share a meal and get to know those within the city as well as those who travel to visit the winery from all over the state as well as the country. 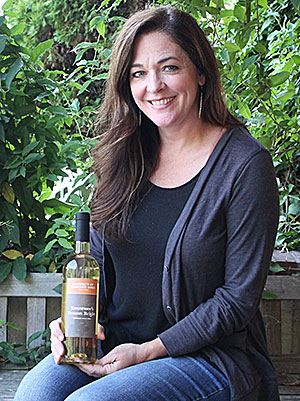 A BRIGHT BEACON – Dawn Fallert, owner of Crown Winery, shows off the white wine made for the Peter Howard Endowment entitled “Tennessee’s Beacon Bright” for the University of Tennessee agricultural department. Peter Howard was the original founder of Crown Winery and the endowment is for students interested in viticulture education.

Owners, Dawn and Scott Fallert, are just part of the reason patrons flock to the winery for events and down time. It is the traditions they keep alive that keep the people returning. They keep the spirit of the original owner, the late Peter Howard, alive and well. This is especially true in one wine they sell in honor of him and the endowment in his name with the University of Tennessee.

Peter and Rita Howard started Crown Winery in 2005. Peter was beloved by all and sincerely missed after his passing several years ago. Fallert says that she still receives people weekly who talk about their love for Howard and how he always felt like a friend to every person he talked to instead of keeping a distance from his customers. All who entered the winery felt welcomed by Howard and that is the tradition his old friends want to keep up.

The Peter Howard Endowment for Wine and Ag Tourism is funded by the Herberts as well as wine sales from three distinct bottles across the state of Tennessee, one of which is bottled from Howard’s, now Fallert’s, winery. The bottle created to sport the UTIA logo from the winery Howard created is called Tennessee’s Beacon Bright. It is crafted from Cayuga grapes grown at Crown Winery’s HRH Vineyard and is described as an off dry wine with hints of honey, apple and citrus. Fallert states that a slightly varied, sweeter version of this wine is sold at Crown Winery and is their most popular white wine to date.

“We grow the Cayuga white grapes here at the vineyard. They are the grapes that Peter planted back in 2005,” Fallert explained about the wine they created for the endowment. “We thought that would be fitting since this is his endowment and the wine supports the endowment, as a way to honor him further.”

Fallert expressed how hard it can be to find someone with experience working in a vineyard, let alone a willingness to learn about viticulture as a career. She is hopeful that this scholarship endowment will allow students with the “grape” desire to become viticulturists the opportunity to expand their education, which in turn will fill a growing need across the state as more vineyards sprout up across the regions. Maybe one of the recipients will come to love viticulture at least a fraction of what Peter Howard did.