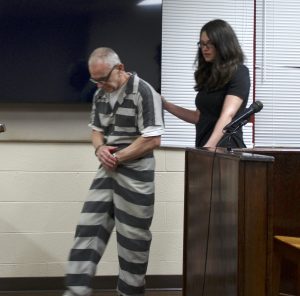 A little more than 26 years has passed since Cayce Lynn McDaniel, 14, disappeared from her Milan home after attending a church function with friends.

While McDaniel’s remains have yet to be recovered, her accused killer entered a best interest plea to Criminal Responsibility to Commit Second Degree Murder and Abuse of a Corpse Friday morning in an Obion County courtroom, which is an approved Federal holding facility.

Finis Ewin ‘Pete’ Hill, 70, entered the plea, which is the same as a guilty plea, to the charges in exchange for a 15 year sentence that will be served at 100%.  Hill will serve his time at the Riverbend Maximum Security Institution in Nashville.  He will be eligible for parole at the age of 85, then be on supervised probation for 6 years.

Hill has also faced state and federal charges in multiple incidents including aggravated rape and child exploitation.  Those charges were dropped in exchange for his plea.

Milan Police Chief Bobby Sellers is relieved that Hill has finally been brought to justice.

“I am so glad that the man I feel that is responsible for Cayce’s death will be behind bars and off the streets of West Tennessee,” Sellers said.  “This has been a very long journey.  I was working as a dispatcher the day she was reported missing and when I was promoted to Police Chief I made a promise to myself that this department would re-focus and commit all of our resources to finding Cayce and putting her killer behind bars.  We are not giving up on finding her remains but I am pleased to know that Hill has been successfully prosecuted.  Because of this, I feel that Gibson County is a little bit safer.  I commend the work of individual police officers, prosecutors and others who worked to get this man put where he belongs,” the Chief said.

District Attorney General for the 28th District Frederick Agee said this case has been a difficult one to prosecute.  DA Agee provided the following statement to the newspaper.

“This was a difficult decision but after discussions with the victim’s brother who resides in Gibson County and law enforcement, we know we have arrived at the proper conclusion in order to resolve this case. Cayce’s family, friends and the dedicated men and women who diligently have pursued justice deserve a resolution and the answers that have weighed heavily on their hearts and minds for well over two decades now,” Agee said.

“This case has had many twists and turns over the last 26 years but those in law enforcement have remained persistent and vigilant.  Shortly after I became the District Attorney General in October of 2020 our office began working with the United States Attorney’s Office for the Western District of Tennessee, the Federal Bureau of Investigation and the Milan Police Department. We developed a course of action for achieving two goals: 1. hold Cayce’s perpetrator accountable and 2. find Cayce’s remains so her family and the community could have a proper burial.”

“With the blessing of Cayce’s brother and in exchange for the Defendant’s cooperation we reached a plea agreement. The Defendant would not own up to the murder and rape of Cayce, but the Defendant did provide us with sufficient corroboration that there is no doubt in my mind the Defendant was the perpetrator. Also, the Defendant has provided us with detailed information of where we believe Cayce was buried.”

The Defendant is 70 years old and has an effective sentence totaling 21 years which 15 years will be served at 100% at a Tennessee Department of Corrections prison. If the Defendant survives prison, he will be supervised until he is in his late 80s. The plea agreement also guarantees that the Defendant cannot appeal the sentence now or at a future date.”

“Part of the plea agreement requires the Defendant to continue to work with law enforcement to bring Cayce home. There has recently been attempts to recover Cayce’s remains in a designated and concentrated area. We have employed multiple search and recovery methods and will continue to do so as long as there is a glimmer of hope that we can locate and recover Cayce’s remains. We are hopeful that we will bring Cayce home however, we understand given what we now know about the case and after 26 years we have a difficult task.  Lastly, we hope and pray that we will be able to bring a level of closure that will allow Cayce’s family and our communities to pray and hope that she can finally rest in peace,” Agee said.

Cayce’s best childhood friend, Amber Treadwell Hanson, was in the courtroom Friday when Hill was punished.
“I saw him (Pete Hill) for the first time in my life today,” Hansen said.   “I’ve heard his name for 26 years. His face is burned in my mind forever now. While it’s not ideal, it’s something.  Someone is being held accountable.  All of the work and countless man hours that the authorities have put in hasn’t been in vain. I can’t say enough how grateful I am to all of them,  to the media, to all those who have prayed for Cayce and her family.  I’m not smiling and happy, but this is a victory.  Cayce was my best friend.  She was so funny and smart. Her future was bright and it’s not fair that that was stolen from her,” she added. 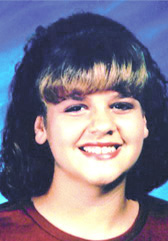 Cayce would have celebrated her 40th birthday on July 14th of this year.  She went missing from her Milan home on a Friday night, Aug. 17, 1996 after she returned home from a back to school youth function at her church.

In an interview with the Mirror-Exchange in 2021, Cayce’s childhood friend, Amber Hansen, described Cayce as a fun, bubbly, outgoing and goofy friend. The two became good friends in sixth grade.

“We were just silly middle school girls,” Hansen said. “She didn’t, to me, ever seem really shy. We were just kind of two peas in a pod. If you saw one of us, you’d see the other. We were hooked at the hip all the time, and just doing what middle schoolers do.”

Cayce lived with her mother, Cindy, and younger brother, Jessie, in Milan. Hansen said that Cayce had a lot of friends.

“She didn’t really meet a stranger,” Hansen said. “If you were around her, you were laughing and she was being silly. She was pretty quick to make friends.”

“Of course, she wasn’t at my house,” Hansen said. “So then Cindy told me to call any of our friends or anybody who knew where she might have been because maybe she went home with somebody. Even though we all knew she had gone to her house, maybe (Cindy) thought something happened after, like somebody came and got her.” 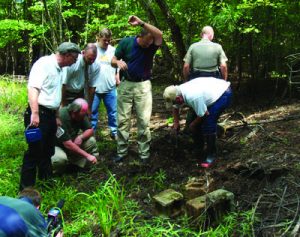 When the search efforts failed, Cindy went to the Milan Police Department.

“They said it looked like Cayce had gotten ready for bed, and then just left in pajamas,” Hansen said. “None of it really made sense to me.”

Pete Hill was an acquaintance of McDaniel’s family and known to Cayce as “Uncle Pete.”

When Hill became a suspect in Jan., 1997, Hill’s wife reportedly provided a “perfect alibi” for his whereabouts the night Cayce disappeared. But in 2018, FBI officers investigated Hill’s timeline the night McDaniel disappeared and told police, “Pete Hill is the guy you should be looking at.”

On Jan. 18, 2018, Hill was placed on supervised release after serving a 13-year prison term for committing a felony in possession of a firearm in 2005. Upon his release, an undercover Milan police officer reportedly made contact with Hill using a fictional Facebook page. Over months, Hill developed a relationship with the officer, exchanging text messages and phone calls.

FBI investigators filtered Hill’s messages, some of which included sexual and violent comments about juveniles. Disturbed by the messages’ content, the FBI felt Hill was an immediate threat. Authorities set up a sting operation, where Hill thought he was meeting a juvenile at a Southaven, Miss. motel for sex. He was arrested and charged in July of 2018. 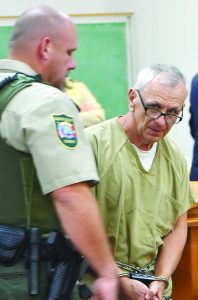 Hill has been serving his time is multiple prisons since his arrest.

Finis Hill grew up in Humboldt and had ten “half” siblings between his father and mother, according to available records. He was raised primarily by his grandmother, but also lived in homes for boys and state correctional training facilities for juvenile offenders, such as the Tennessee Youth Center at Joelton near Nashville. Hill reportedly joined the U.S. Marine Corps and served in Vietnam. He later worked successfully as a car salesman. He was married four times.

According to law enforcement and news reports, Hill has been in and out of prison for many years. His criminal record includes charges ranging from aggravated rape to burglary. In one case, he reportedly pled guilty to aggravated kidnapping, aggravated assault and a felony offense while in possession of a firearm.