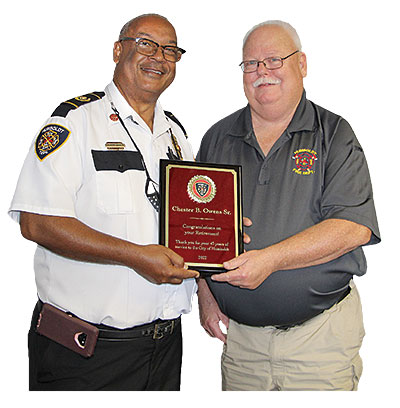 After an illustrious career spanning nearly a half century, Humboldt Fire Chief Chester Bryson Owens Sr. has retired. For over 45 years, Owens has had one job—being a fire fighter for the Humboldt Fire Department.

“I want to enjoy Chester—do something for Chester,” Owens said of doing something just for himself. “I’m going to take six to nine months just for me.”

Now, with all the time in the world on his hands, Owens said he has three trips in mind to take. One will be by motorcycle, one by car and another by RV.

Owens is also a pilot and is a member of the Memphis Blackhawks. He said he will remain active with them as well as being active in Team Memphis FedEx. As an African American pilot, Owens is among a relatively small group. This is where the Memphis Blackhawks come into play. One of their main missions is to get young African-Americans interested in aviation and becoming pilots.

Owens said his wife, Francine, has a “honey do” list for him. He laughed and said he did not agree to it.

Owens is a 1976 graduate of Humboldt High School. After school, he had a short stint working for Brown Shoe and learned very quickly that factory works was not for him. As a young boy, Owens always had a love and dream of becoming a fireman and a pilot. In January of 1977, one of those loves came to fruition when he was hired as a fire fighter for HFD.

Once as a teenager in high school, Owens was visiting his relatives in Louisville, Ky. when he saw smoke coming from the neighbor’s house. He knew there were people inside the building. He went into the house filled with fire and smoke, and assisted getting everyone out safely. This was his first calling to become a fire fighter.

“Wayne Day was my first chief and Tom McCaslin was mayor,” Owens recalled. “When interviewing, Chief Day asked me what I wanted to do. I said, ‘I want to be chief’ and he hired me on the spot.”

On Owens’ first day on the job as a fire fighter, he was literally thrown into the fire. That day, Owens’ shift ended at 10:30 p.m. but a call came in of a house fire on S. 17th Ave. Owens said they fought the fire for four or five hours. He worked until 4:30 a.m. on his first day. At the time he thought, “What am I doing here?”

Chief Day became a mentor for Owens. A few years back, Day was in a tragic boating accident on the Tennessee River where he lost his life. Owens and others from the Humboldt Fire Department went to the scene to assist and stayed there until his body was recovered. This was a very hard time for Owens who cared deeply for his former chief.

In 1994, Fire Chief Leonard Day retired. Humboldt Mayor Martha Hawks appointed Owens to the position, a job he held for 28 years, up until last Friday. August 19 was Owens’ final day with the Humboldt Fire Department. 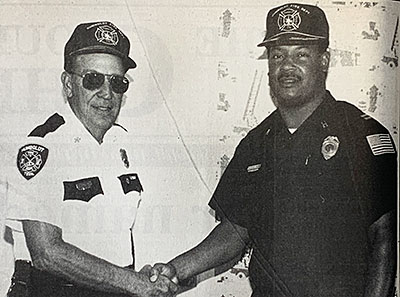 It is this type of respect Owens brought to Humboldt. He served on the Tennessee Fire Chiefs Association with these chiefs and many others from across the state. Owens served as vice president of the association in the past.

Even with his retirement, Owens will be no stranger to Humboldt. People may not see him driving in the chief’s car but he will still be seen around town, either in his personal vehicle or he might be seen flying above in his airplane.

“I’ve always wanted to work for the people,” Owens said of serving Humboldt’s citizens. “I’ve had a good life with the Humboldt Fire Department. I’m going to stay positive. I am so proud to have served the public and the citizens of Humboldt. August 19 at 5 p.m., I’m 10-7, out of service.” 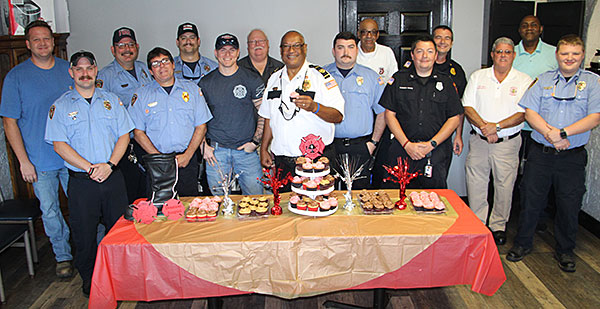