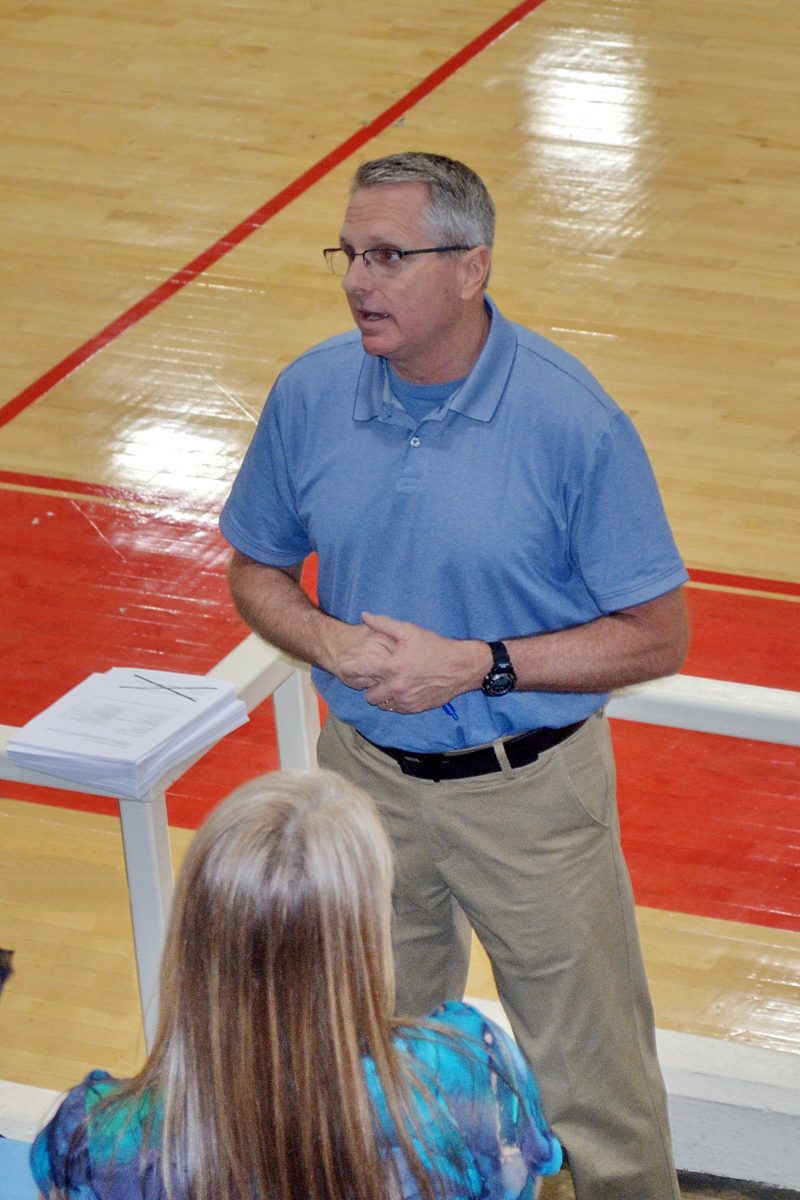 Recently Gibson County administration named Todd Sheppard as the new Lady Pioneers volleyball coach. This past Thursday, June 2, a Meet and Greet for Coach Sheppard was held for parents and players in the B.O. Booth Gym. GCHS Principal Jim Hughes welcomd everyone, gave a brief history about Coach Sheppard and then introduced him to the players and parents.
‘‘Coach Sheppard brings a lot of experience to Gibson County in teaching and coaching,” said Principal Hughes.
Coach Sheppard introduced himself to the players and parents and then went over the tryout dates, new physicals, volleyball gear and equipment and a summer schedule of practices and camps. Coach Sheppard hopes to have a varsity and junior varsity team with around 21 girls.
Coach Sheppard said, “I’m very excited to be here, and volleyball is my favorite sport to coach. It’s a great team sport.”
The night ended with Coach Sheppard answering questions and meeting with the players one on one.
Anyone interested in playing volleyball next year for the GCHS Lady Pioneers, tryouts will be Wednesday, June 8, from 3 to 5 p.m. and Friday, June 10, from 1:30 to 3:30 p.m. in the auxiliary gym at Gibson County High School.