Halford looks back on years with legislature 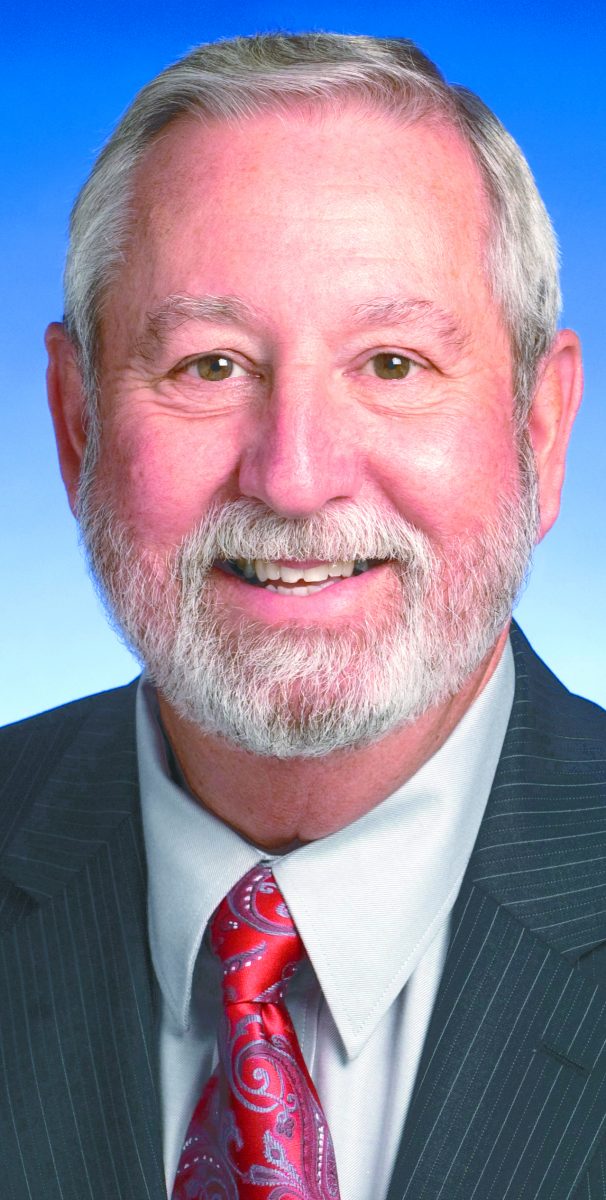 For almost 14 years, Curtis Halford has represented Gibson County and the rest of the 79th district in the Tennessee House of Representatives, but very soon he will be stepping away from the state legislature and returning to his role as a regular citizen.

Before his stint as State Representative, Halford spent his days like the rest of us. Going to work, doing his duty and coming home to his family. Halford served as Superintendent of the City of Dyer’s Public Works Department and ran Dyer Fiberglass until he retired at the age of 62.

A few years into retirement, Halford said he began to get restless, which resulted in his election to the Gibson County Commission. Halford viewed his involvement with local government was a way to serve his community, not as a stepping stone into a political career, but an unexpected visit from former State Representative Chris Crider made him consider the possibility.

“I had no ambition to run for the state legislature,” Halford said. “I was sitting on the front porch one morning having a cup of coffee, and a red Corvette pulls up in my driveway. I don’t even know anybody that’s got a red Corvette, you know? Crider crawls out of the car, walks up and says, ‘I got a deal for you.’ He said, ‘I’m not going to run anymore and you need to run for my seat.’ He was just that blunt.”

Even then, Halford wasn’t sold on the offer. A week later, after another call from Crider and a talk with his family, he decided to “give it a shot.”

“Many times, this process works differently than people think. A lot of people are actually kind of recruited. Chris contacted some folks in Nashville that he worked with and certain members of the caucus that are responsible for recruiting new members. I had the caucus backing, which is very important, and I won my first race by 750 votes.”

Going from the small town of Dyer to the State Legislature was a whirlwind experience for Halford.

“It was like turning 180 degrees,” Halford said. “Naïve as I was, I assumed that the state legislature would just be a larger county commission. That’s not true. When you get elected, you’re the State Rep right then. The caucus is calling, you’ve got to find housing, you don’t know where your office is, you don’t know where the restroom is. You’ve got like six weeks to get your feet on the ground before the legislature starts in January. It’s not part time. It’s 24/7, 365 days a year.”

Halford said it is easy for people to get the idea that all aspects of American politics are as tumultuous as they appear on the news, but that’s not so for the House of Representatives.

“It’s not just butting heads, tooth and nail, every day,” he said. “We agree on probably 95 percent of every piece of legislation that comes through there, Democrat and Republican alike. The most contentious things, abortion, gender and things like that, that’s really the only time that we really differ. That’s when you have to decide where your district stands.”

Those battles are few and far between, but they do arise from time to time. Halford said that he has run surveys in the local papers in the past to gauge what his constituency felt about a particular topic, but his go-to metric for the political leanings of his district is his Sunday School class.

“On any given day, it’s about 15 or 16 people, something like that,” Halford said. “You have a scale from far right to far left, and most people are somewhere in-between. I used that as a barometer.”

Still, there were times were difficult decisions had to be made. Decisions that might rub the folks back home the wrong way or go against his personal beliefs.

“We’re told every time, especially if it’s a contentious vote, that we’re expected to vote for our district. Whatever our district wants. You do what’s best for your district. That was my goal, to represent my district the best I could. Sometimes I voted the way my district wanted me to vote, and sometimes I bit my tongue because it wasn’t necessarily the way I might have voted. If I ever went against what my constituency thought, it was because I felt like I had more information than they had; because I was closer to the situation. They were hearing it on the news and I was hearing the real issue. That’s the only time I would ever think of going against my constituency.”

Those who keep up with the changing face of politics at the state and national level will undoubtedly be able to identify the movers and shakers looking for the next ladder to climb, but for Halford, and the majority of those involved, it was always about the people.

“It takes dedication. Some come for the wrong reason. Some come to change the world; to change the way the state operates. They usually find out pretty quickly that’s not going to happen. Most of them will either change their attitude or go away. It’s a team effort. There are very, very few of those, though. I think when people realize what’s expected of them, then the great majority of them are going to take that responsibility personally. That’s what they’re going to be about.”

Halford said that the most rewarding part of his work as a State Representative had little to do with the actual passing of legislation. Rather, it was the day to day interactions with citizens that allowed him to give back.

“You feel good at night when someone calls you up with a problem, and you know who to call to take care of that for them. Unemployment, TennCare, things like that,” Halford said. “I carried a couple of bills this year that were very important to my district and all across the state. We eliminated the sales taxes on a lot of farm equipment and products. That was a huge bill for farmers.”

Halford said that he enjoyed his time with the state legislature and thinks that Tennessee, and Gibson County, is in good hands moving forward.

“It was a great experience for me,” Halford said. “I consider it a real honor and a privilege. I hope that my legacy is having served my constituency well. I was so concerned about who would take my place when I announced that I wasn’t going to run again. You get a little bit possessive of your constituency. You want to take care of them. You want your district to be the best. I would like for the person who succeeds me to continue to do what they think is best. We’ve done good things for Northwest Tennessee. We have worked hard, hard, hard to get industry here and we’ve been quite successful lately. That’s a good thing and I was part of all that. It makes you feel good to be a part of those decisions.”