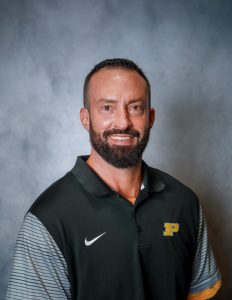 Eric Wilkes, a 1996 graduate of Peabody, will serve as the girls and boys basketball assistant coach.

“These gentlemen will undoubtedly push both programs to a high standard of excellence an character,” Jacobs said. in a press release.

Hart will remain the girls basketball coach and join other coaches in West Tennessee like Middleton’s James Burkley and McKenzie’s John Wilkins, who coach both the boys and girls basketball teams.

Hart has been the girls basketball for the past 10 seasons, accumulating a 165-137 in those 10 years. He has made the region tournament in eight of those 10 seasons with two district championships and a state tournament appearance in 2021.

Peabody boys went 25-10 last season, finishing as district and region runner-up before making a run to the Class 1A state championship game.

Hart played collegiate basketball at UT Martin before playing professionally overseas for 11 years. He started his coaching career as an assistant at Union City.