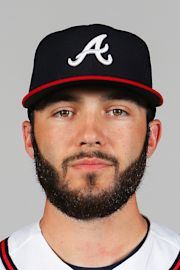 On Tuesday, 2017 Peabody graduate William Woods was called up to the major leagues with the Atlanta Braves.

The Braves put outfielder Eddie Rosario on the 10-day injured list and moved Woods up from Triple-A Gwinnett.

Woods, a 23-year old right-handed pitcher, gives the Braves an 11th arm in the bullpen.

Woods was taken by Atlanta in the 23rd round of the 2018 MLB Draft.

During his senior season at Peabody, Woods went 12-2, finishing with a 0.84 ERA, with 119 strikeouts and 16 walks as he led the Golden Tide to a semifinal finish in the Class A state tournament.