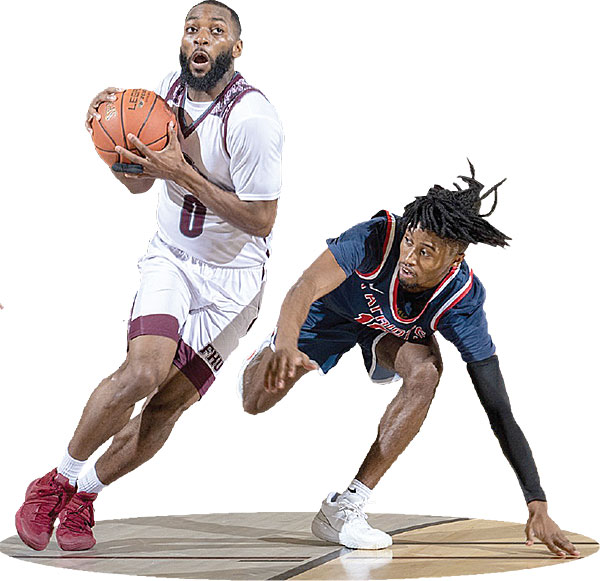 VIKING FOREVER – Former Humboldt Viking standout Kortland Martin had an exceptional high school basketball career but really upped his game once he reached the college level. During his time on the court for the Freed-Hardeman Lions, Martin hit a milesone scoring 2,000 points and before the season was over, reached the pinnacle as the all time leading scorer for the Lions.

Former Viking standout, Kortland Martin, who will graduate from Freed-Hardeman University on May 14 with a Bachelor of Business Administration in Management, is coming off a season he will not soon forget. Martin was named to the NAIA All-American Third Team, led the FHU Lions to their seventh NAIA National Tournament appearance in Nebraska in team history, set the FHU Lions all-time scoring record at 2,231 points, while finishing 22nd in the nation in points per game.

Martin is a 2017 Humboldt Viking graduate. When asked about things he learned from his high school career with Coach Ronald Abernathy and staff that he still uses to this day at the next level, Martin said, “I will never forget the approach that they taught us to the game. Their attention to detail and teaching us to focus on the little things was so important.”

One of the things that stood out to Martin was how each coach was committed to every player raising their game to excellence.

“They kept us focused and motivated as young men to be a better athlete,” Martin commented.

Learning to play as a team in high school definitely helps an athlete to be successful on the college level and beyond.
Martin took advantage of the extra year afforded him due to covid affecting a year of basketball games where quite a few games were canceled or moved around on the schedule. The extra year did nothing but elevate his game and add to what had already been an illustrious career of basketball.

“I want to keep playing basketball professionally,” Martin replied when asked if his basketball career was over. “But, I am also okay with working behind the scenes off the court as well.”

With Martin’s degree in business management, it provides him an opportunity to fulfill his goal of starting a training business and working with data. Martin said that he eventually wants to get involved with media and stay connected to the game of basketball in any way that he can.

Over Martin’s career at Freed, he averaged 18.5 points per game and shot 46-percent from the floor. However, this last season was above his career average as he scored 20.2 points per game. It was Martin’s first time to make it to the NAIA tournament and made lots of memories.

“I was trying to get there for the longest,” Martin said. “It meant a lot to me. It was special to me because it was only the seventh time to make it to the NAIA Tournament for the men’s program. I enjoyed being a part of the whole experience.”

Not only did Martin tally 2,321 points in his career as a Freed-Hardeman Lion, his other stats will be one for the record books as well. In five seasons, Martin collected 459 assists, 157 steals, 423 rebounds and 334 three-point shots made. Martin credited the difference maker for this past season elevating his game to understanding the game better, putting in extra work and learning different responsibilities. 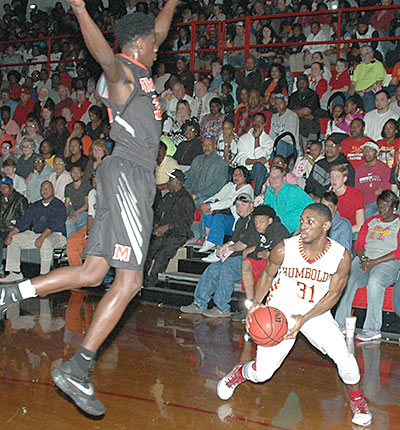 HE HAS MOVES – As a senior in high school playing for the Humboldt Vikings, Kortland Martin had skills and talent heads above most of the opponents he faced on the court back in 2017.

Martin understands that these kinds of numbers attract media attention, which in turn makes him a role model for younger athletes looking to get to where he is in their personal game.

Martin offered advice to young athletes in High School, “First of all, listen to your coaches. That’s the biggest challenge for a young athlete. And then applying what your coaches are teaching you with the God-given skills you have. Another thing is don’t underestimate the fundamentals of the game. If you can perfect the fundamentals, that alone will take you a long way.”

With record-breaking stats at the collegiate level, Martin has a bright future. Lessons learned along the way have prepared him for the next chapter in his young life. Whether it is professional basketball, coaching or any other profession, Martin has all the tools needed to become the best at what comes next.