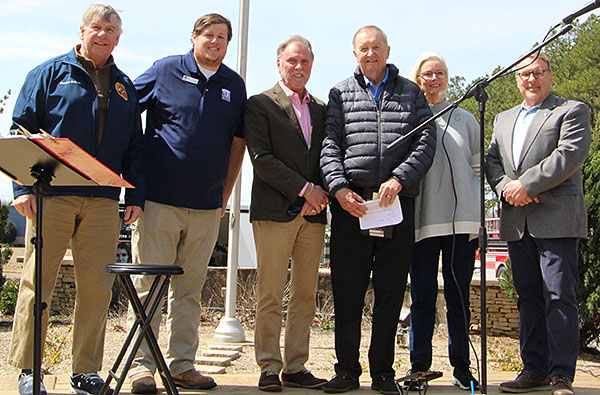 It may have been a cool, blustery day, but that did not dampen the spirits of those attending the Heritage Festival held in Three Way last Saturday. The festival was part of Madison County’s bicentennial celebration.

With Madison County hitting the 200-year milestone, cities and communities across the county have held or will hold celebrations marking this time in history.

Three Way Mayor Larry Sanders, Alderlady Mary Ann Tremblay, Alderman Danny Wade and city recorder/treasurer Susan Rogers hosted the event in the City of Three Way Municipal Complex. Pine Hill Park was the site for some of the day’s entertainment, as was the city hall.

Mayor Sanders opened the day by welcoming everyone in attendance. He spoke about the day’s events. He then introduced Madison County Mayor Jimmy Harris, who also spoke during the ceremony.

There was plenty to do Saturday afternoon. There were two local musicians performing during the celebration. Brent Fonville performed in the park while Scott Myatt performed inside the city hall.

There was plenty of food provided during Heritage Day. Fire fighters from Madison County Fire Station No. 6 located in Three Way, grilled hotdogs. The city provided chips and soft drinks. There were cookies and ice cream for those attending and city of Three Way refrigerator magnets. 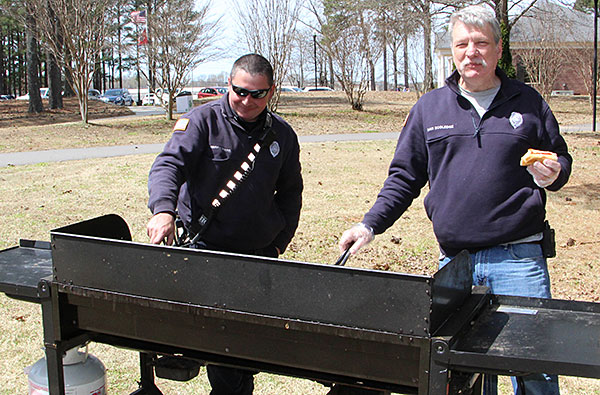 COOKING HOTDOGS – Fire fighters from the Madison County Fire Station No. 6 located in Three Way, fired up the grill and cooked hotdogs during the Three Way Hertiage Festival last Saturday at Pine Hill Park and city hall. Harry Ward (left) and Dan Scoledge use tongs to flip the franks while Scoledge samples one of the tasty treats.

Two nature exhibits were set up to offer information. Middle Fork Bottom Recreation Area had a booth as did Hatchie National Wildlife.

One of the highlights of the day was Madison County historian, Robert Briley, presenting a plethora of history of Madison County, and of Three Way, before and after Three Way became a city. Briley is a resident of Three Way. 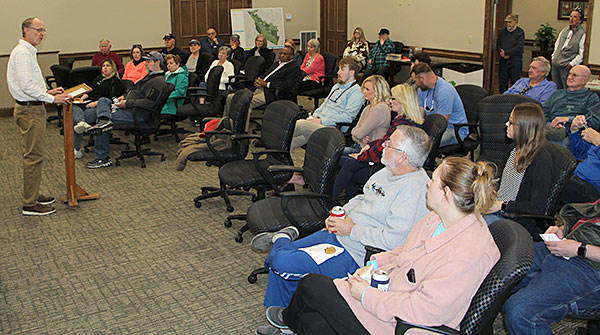 MADISON COUNTY HISTORIAN – Madison County Historian Robert Briley speaks to a good crowd of people attending the Three Way Heritage Festival inside the city hall. Briley, who resides in Three Way, offered wonderful history session on Madison County and on Three Way. Everyone attending was astonished by Briley’s knowledge of the local history.

The Heritage Festival was a good way to meet new people in the community while learning about Madison County’s history. Food, live entertainment, enjoying the park made for a fun and educational day in Three Way. 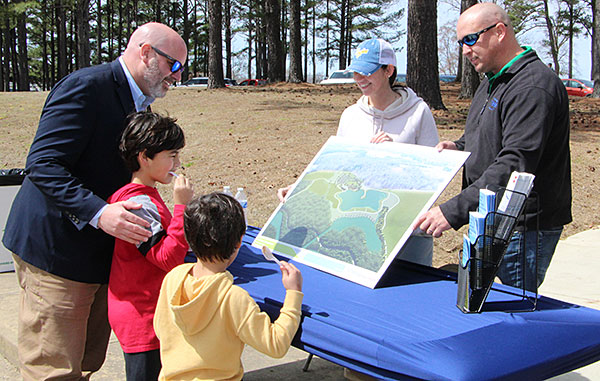 FORKED BOTTOM RECREATION AREA – David Blackwood (from right) and Paige Keith with the West Tennessee River Basin Authority show an overview of the Middle Fork Bottoms Recreation Area located in Three Way and Madison County. Ed Jackson III and his two sons are very interested in learning about the recreation area set to open in a few months. 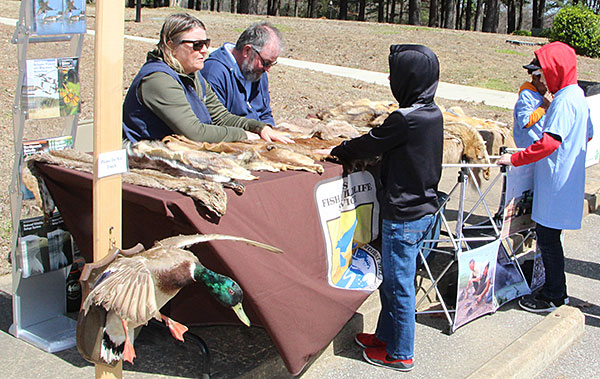 HATCHIE WILDLIFE EXHIBIT – Representatives from the Hatchie National Wildlife Refuge brought several pelts to display at the Heritage Festival in Three Way last Saturday. Kids of all ages enjoyed seeing the display and feeling the fur.