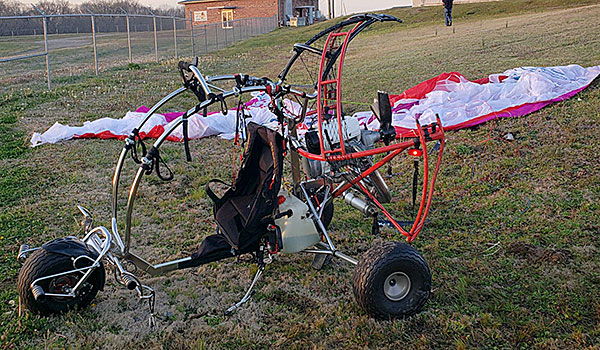 EMERGENCY RESPONDERS – First responders from the Humboldt Fire Department, Humboldt Police Department, Humboldt Area Rescue Squad and Vanderbilt LifeFlight work the crash site where an ultralight aircraft went down. The pilot, Raymond Gunn, was airlifted to the Med in Memphis with serious back injuries.

Humboldt Fire Department, Humboldt Police Department, Humboldt Area Rescue Squad and paramedics were on site working the accident around 6:30 p.m. Sunday. The pilot, 73-year-old Raymond Gunn, was airlifted to the Med in Memphis by Vanderbilt LifeFlight, which has a medical helicopter hangar at the Humboldt airport. According to reports, Gunn suffered a broken back in two places. He was scheduled to have surgery Monday morning.

Officials working the scene said it is believed the ultralight had some type of equipment issue on take off. The aircraft’s parachute was deployed and got caught on the airport beacon light. The ultralight landed within a few yards from the beacon. 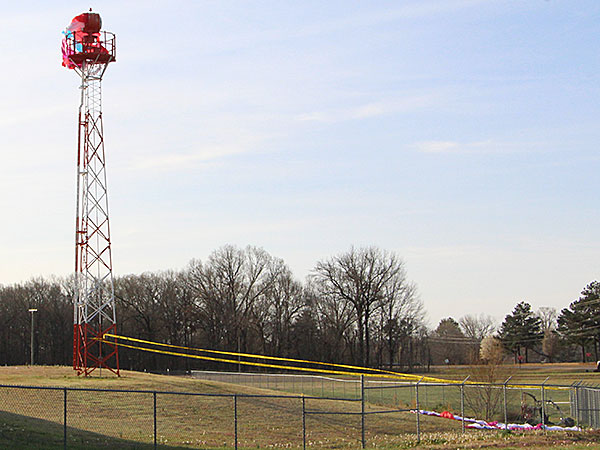 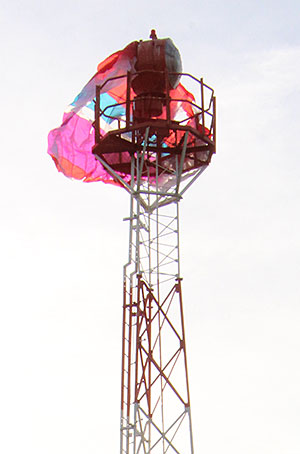 BEACON COVERED – The beacon light at Humboldt Municipal Airport is draped with the parachute from an ultralight aircraft that crashed shortly after takeoff Sunday. FAA officials are working the accident.