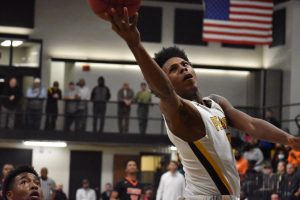 After not playing with the Peabody boys basketball team for the past two games, senior Jason Hunt will be on the roster for the Golden Tide on Thursday in the Class 1A quarterfinals against McKenzie.

Hunt is not expected to be in the starting lineup but could see playing time. He did not play in the Region 7-1A championship game against Middleton or the Class 1A sectional win over Memphis Academy of Science and Engineering.

Hunt is averaging 29 points per game and 4.1 rebounds for the Golden Tide this season.