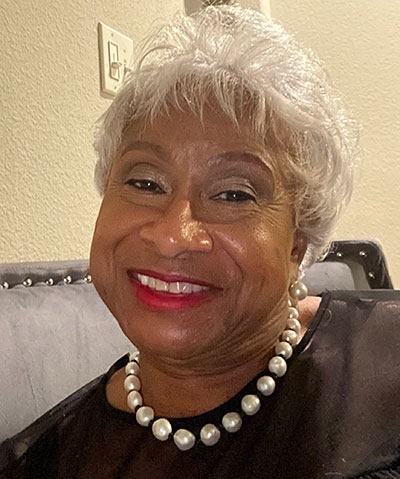 On a cold winter morning on March 12, 1947, a little girl, Phyllis Dennis Elliott was born. Her parents Mary and William Dennis cradled her with love at St. Mary’s Hospital in Humboldt, Tenn. As they loved on her and adored her with kisses and hugs, they knew she would be a little girl who would grow up to conquer the world. Her parents knew in the midst of racial adversity, education was an important factor that would enable her to make a difference for her family, herself and the community.

Elliott’s education started at Stigall School. When she attended, integration was slowly churning and the students were mixing in together in the classrooms. When she graduated from high school, she furthered her education at Tennessee State University in Nashville, Tenn. During those times, African Americans normally chose a degree in education or in nursing, but she was determined to do something out of the norm. She majored in business and soared like an eagle. After graduating TSU, she applied to be a stewardess or flight attendant. After successfully completing the training, she worked as an airline steward for Delta and flew all around the world.

That task was one of being a wife, a mother and a corporate buyer for Eaton Axle. Elliott was now married and her name changed to Phyllis Jackson. They had a son named Christopher Jackson, who she called the “prince” of the Jackson home.

She made history on her job being the first African American female buyer for the company. She was responsible for ordering truck axle parts.

“Being a black woman in a male dominated world was very tough,” said Elliott. “I had to overcome obstacles by networking, getting mentorships that would provide valuable resources and promotions.”

Elliott had no problems moving and taking on new projects and spent some time working in Michigan. After her return in 1988, she was hired as the first black executive director for the Humboldt Housing Authority. She replaced Martha Bell after her retirement.

A year later, she went back to the manufacturing industry but this time with Wilson Sporting Goods. This new position was especially challenging because she had to work with offshore suppliers from Japan, China and other locations used for golf ball manufacturing. When leaving the industrial world altogether, she was adamant about making a difference and building positive relationships for the community. “Weed and Seed” was a program that was sponsored by the Department of Justice, which provided a safehaven for youth and adults to have enrichment programs. When this program was no longer in existence, she went back to the housing authority and started working as the assistant director.

Elliott is still very involved with her community. She is a member of Morning Star Baptist Church. Pastor Quill Brabham feeds her spirit man and she shares the love of Christ with others daily. She is a board member on the West Tennessee Regional Art Center, a member of Bancorp South Community Service Board, a member of the Humboldt Rotary Club and a member of Alpha Kappa Alpha Sorority, Inc.

Elliott spends her time loving her family. She cares for her 99-year-old father, William Dennis, who is a WWII vet. Her son lives in Houston, Tex. with his wife, Lucreshia, and their son, Ethan. She loves her family and gets joy seeing her grandchildren, Ethan and Chelsea.

“I love my family,” said Elliott. “My parents worked hard to help me succeed and my father is still my biggest cheerleader. I love my son, but my grandkids are precious gifts in my life.”

“When I think of Black History, my mind goes back to when I was growing up in the 60s,” said Elliott. “Shirley Chisolm and Barabara Jordan were inspirational to me. The fight for equality was at its peak. Black History Month allows us to recognize the sacrifices, contributions and achievements of African Americans to the world.”

African American trailblazers who graced Humboldt and made a difference impacted her life. J.T. Freeman, Calvin Farmer, William Baskerville, Helen Owens, Girtes Stewart, Rev. John H. Mathis and many others sacrificed so much so African Americans could be successful. Elliott continues to make a difference by supporting programs and initiatives that affect African American children and youth.