LARGEST DRUG BUST IN GIBSON COUNTY HISTORY – Johnie Carter, director of the West Tennessee Drug Task Force (WTDTF), said the Task Force and the Humboldt Police Department made one of the largest drug busts in the history of Gibson County early Sunday morning. The seizure included 35 pounds of marijuana, 30 pounds of meth and four ounces of cocaine. Shwanna Hunt, 37, was arrested and charged with multiple counts of manufacturing, delivering, selling and possession of controlled substances including methamphetamine. She has since been released on a $150,000 bond.

Johnie Carter, director of the West Tennessee Drug Task Force (WTDTF), said the Task Force, Madison County Sheriff’s Office and the Humboldt Police Department were involved in the seizure that also included 35 pounds of marijuana and four ounces of cocaine.

He said it was believed to be the largest single seizure of methamphetamine in Gibson County history.

Carter said Madison County deputies stopped a Mercedes late Saturday night and that as the driver provided his driver license, deputies smelled an overwhelming odor of marijuana coming from the vehicle. When they tried to investigate further, the driver fled the scene at a high rate of speed.

Carter said deputies called Humboldt Police Department to check the registered address of the Mercedes and Humboldt officers went to 2519 Vine Street in Humboldt where they made contact with a resident. While at the residence, officers made observations leading them to call the Drug Task Force for assistance. Agents from the 28th Judicial District out of Humboldt arrived quickly to find probable cause for a search warrant. 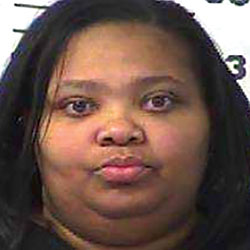 Carter said Task Force agents then served the search warrant on the address and located the drugs in the home and a vehicle parked outside. Shwanna Hunt, 37, was arrested and charged with multiple counts of manufacturing, delivering, selling and possession of controlled substances including methamphetamine. She has since been released on a $150,000 bond.

“I spoke to Sheriff Paul Thomas this morning who was the assistant special agent in charge of the Task Force for many years before being elected,” Carter said. “Between the two of us, we believe this is the largest meth seizure in the history of Humboldt, Gibson County and quite possibly the 28th Judicial District.”

“Our West Tennessee Drug Task Force agents with the 28th Judicial District have once again done an outstanding job with disrupting drug dealers and drug traffickers,” said DA Agee. “This is one of the biggest meth busts I can recall ever happening in Gibson County. The West Tennessee Drug 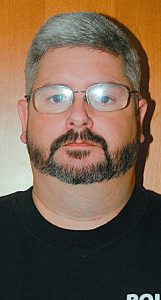 Gibson County Sheriff Paul Thomas said the case is a perfect example of how effective our Drug Task Force is in the 28th Judicial District.

“This dedicated unit is making a huge difference in our community and I’m proud to have been participating in the Task Force since becoming Sheriff,” Thomas said. “Thanks to all the agents for their hard work on this case.”

Special Agent Carter said the wholesale value of the drugs is worth well over $300,000. Carter said however you could probably triple that figure once the dope hits the streets on the retail level.

The WTDTF operates by joint agreement in the 28th, 29th and 30th Judicial Districts and also includes members from the Gibson and Haywood County Sheriff’s Offices, Humboldt, Milan and Brownsville police departments.