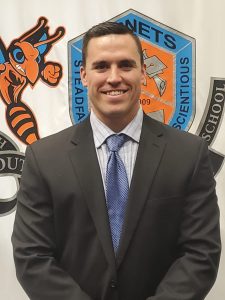 South Gibson has announced Ben Johnson as the new head football coach for the Hornets.

Johnson replaces Scott Stidham, who resigned in December to take the job at Independence. Stidham was the South Gibson football coach from the start of the program in 2009.

Johnson has been the defensive coordinator at Westview for the past three seasons. The Chargers went 27-11 in his three seasons there, including a 14-1 mark in 2021 when the team won the Class 2A state championship. Johnson’s defense gave up an average of 11.2 points per game last season.

Johnson was an All-Ohio Valley Conference Defensive Player and All-American linebacker at UT Martin. He played for the Skyhawks from 2009-13. After college, Johnson spent time with the Kansas City Chiefs organization before coaching middle school at Trinity Christian Academy and Martin Middle.

Johnson will take over a South Gibson team coming off a Class 4A state quarterfinal appearance in 2021 finishing with a 9-4 record. It was the first season that the Hornets won two playoff games in the same season.