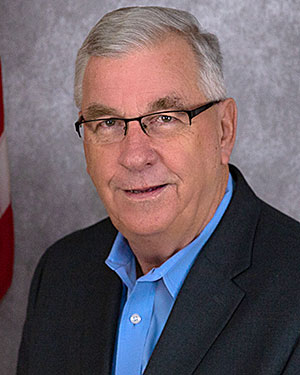 The voters of Humboldt have spoken. And they spoke out at the tops of their lungs with a resounding voice by re-electing Marvin Sikes as their mayor for another term as mayor of Humboldt.

Sikes faced off with four other challengers and ran away with the election, receiving almost 75-percent of the vote. With 982 votes, the next closest candidate Christine Warrington, was 834 votes (unofficially) less. Warrington finished second in the mayor’s race with 148 votes followed closely by Terry Johnson with 117 votes. Thomas Emery collected 73 votes, while Yahweh Yahweh only garnered 13 votes.

To say Sikes ran away with this election could be an understatement. The mayor out-balloted all four candidates combined in every polling location. (see election chart). At St. James Baptist Church, Sikes received 104 votes compared to the combined 99 votes of the other four candidates. At Lane Chapel, Sikes earned 128 votes to the others 74 votes. Humboldt Church of Christ, Sikes carried the election with 254 to 40 votes combined for the other candidates. At Bailey Park the vote count was 241 to 51. Humboldt Jr./Sr. High School voting location saw Sikes gathering 73 votes to 17 from the other candidates.

“I can’t thank you enough for the support, love and understanding you’ve shown me,” Sikes said Tuesday night after winning the election. “It’s an honor to be your mayor. My wish for my opponents is to have peace.”

Sikes, Johnson, Emery and Yahweh ran a positive campaign and did not sink to levels of mudslinging. Many Humboldt voters took exception to Warrington’s antics, some even calling her a bully. Her negativity towards Mayor Sikes, citizens and the city was regularly seen on her Facebook and Instagram pages, bringing lots and lots of comments.

“I’m humbled by your support,” Sikes said at his election watch gathering held at Magnolia Manor. “I believe God laid his hand on me tonight.”

Many of Sikes’ family members attended the celebration, including his mother.

“I want to thank my mother who raised all seven of us kids without a father,” said Mayor Sikes. “We had it hard. My brothers had been to Vietnam fighting for our country. (This brought a round of applause for Sikes’ brothers’ dedication to their country.) Working was what I had to do as a kid for my family.”

Sikes said he owes so much to many of the people at the election night celebration, including for Humboldt Utilities General Manager Stan Little and others. Sikes also thanked Sawyer Hunley, who Sikes believes will be Humboldt mayor one day in the future.

Last but not least, Sikes thanked his wife, Carol, who has stood beside him for all of his adult life. In a word, he called her “incredible” as they shared congratulatory hugs. Sikes daughter, Kelly Walker, and grandsons Grayson and Tanner were there to support the mayor in his quest for a third term.

After the election was over, candidate Emery said he may not have won the election but he will still be involved in the community and support the city’s leadership. Emery wished Mayor Sikes the best.

The November ballot also included all five city board aldermen positions and three of the five school board seats. Each of those seats up for grabs was determined Tuesday except for one, Ward 2 alderman. Three candidates, incumbent Leon McNeal faced off against challengers Lenford Carr and Yahweh Yahweh Yahweh. Carr received the most votes at 76 to McNeal’s 74, but Yahweh’s 13 votes did not give Carr the required 50-percent plus one vote of the total votes for that alderman position.

Ward 3 alderman position was a one-person race with Julie Jones-Coleman running unopposed and getting 242 complimentary votes. Incumbent alderman Don Graves had qualified to seek re-election prior to his passing weeks before the election.

In Ward 4, Shane Lynch was the only viable candidate after Brittney Keller accepted a job with Humboldt City Schools as a teacher. With her being an employee of the city, she had to withdraw from the race but it was too late to remove her name from the ballot. Lynch garnered 347 votes while Keller received 49 votes.

Monte Johnson, who filled the vacant Ward 5 alderman seat after his late wife Donna Johnson passed away, was the only candidate and received 171 votes.

Three school board seats were on the ballot. All three incumbent board members ran unopposed. Ward 1 school board seat will again be held by Terry Johnson, who also ran for mayor, with 128 votes. Mark Hodge will remain as the Ward 3 school board member with 258 votes. Ward 5 position will have Valeria Smith-Wedley as its representative with 162 votes.

For many, this mayor’s election was long and drawn out. The volatile campaign Warrington used against Mayor Sikes turned many voters’ stomachs. Mayor Sikes called it an ugly election and said he would not wish this type of election on anyone.

“I want everyone’s heart to soften up and do what’s good for our city,” Mayor Sikes said. “There is so much good going on in our city. Quit hating each other and get to lovin’ each other. To the voters, thank you from the bottom of my heart.”