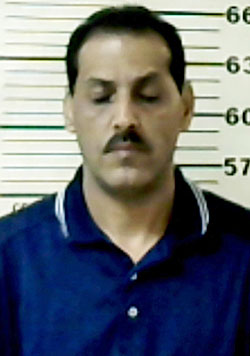 On October 10, officers with the Humboldt Police Department were dispatched to South Side Deli in reference to a subject that had been shot. The subject, a 31-year-old black male from Humboldt, was found with a non-life threatening injuries and was transported to a local hospital by EMS for treatment.

After an investigation, it was determined that the victim and the store owner, 52-year-old Adeeb Sharaf Alwahany, had a verbal altercation inside the store and as the victim turned and was leaving, Alwahany pulled a gun and shot the victim.

Alwahany has been charged with attempted first-degree murder, reckless endangerment and possession of a weapon during the commission of a felony.