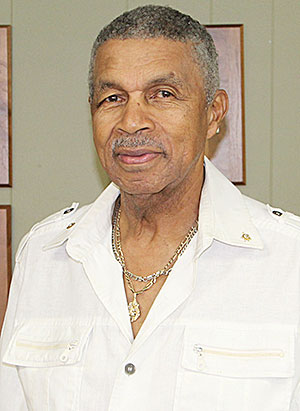 The following is a paid political announcement.

Lenford Carr is announcing his candidacy for Humboldt alderman of Ward 2 in the upcoming November 2 city election.
Carr has many years of experience serving the citizens of Humboldt and Gibson County in several capacities. He served on the Humboldt Board of Education for 30 years and the Humboldt Park Commission for 12 years.

Carr has also served as a Gibson County commissioner in District 4 for 12 years.

In 2019, Carr was president of the Gibson County chapter of the NAACP.

He currently serves as vice president of the Gibson County Democratic party.

Carr retired from the Milan Arsenal after 35 years, with eight years as the chief cook. He still stays active and works part-time for the Humboldt Chronicle, distributing the newspaper every Tuesday for the past 10 years.

He is a member at Morning Star Baptist Church.

“I would like to ask for the support of the citizens of Ward 2,” said Carr. “I hope to serve as your alderman.”