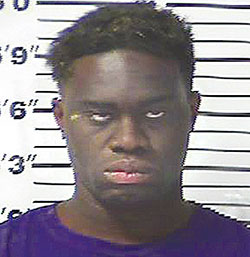 A Humboldt man is facing attempted murder charges after trying to set his mother on fire. Timothy Barbarras Jelks, 29, has been charged with attempted first degree murder.

The next day at 9:30 p.m., Douglas again responded to the same location where Jelks had returned. Sledge told police that Jelks was inside with other family members who were trying to calm him down.

Jelks was taken into custody and charged with attempted first degree murder. He was taken to the Gibson County Criminal Complex. His bond has been set at $150,000.