Mayor, all five aldermen seats
and three of five school seats up for grabs 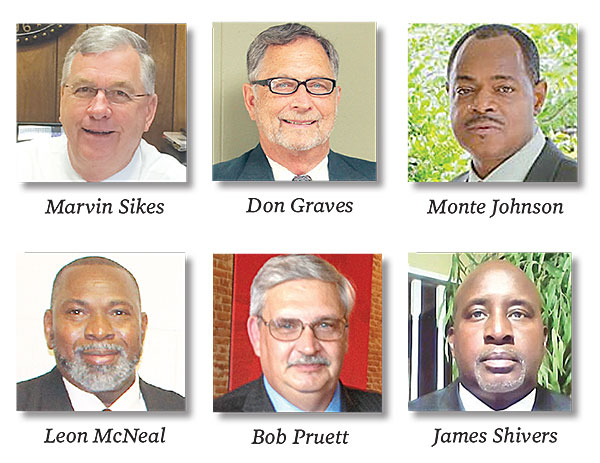 Humboldt citizens may soon be seeing campaigns signs around town with the city election coming later this year. A total of nine seats will be on the November 2 election ballot.

The mayor’s race always brings a good voter turnout and 2021 should continue. Not only is the position of mayor on the ballot, all five city aldermen seats will be on the ballot, as will three school board positions.

Candidates may pick up a petition from the Gibson County Election Commission beginning Monday, June 21, 2021. Qualifying deadline is Thursday, August 19, 2021 by noon. Those qualifying have until August 26 by noon to withdraw from being on the ballot if they so choose.

Voter registration deadline for the November election is Monday, October 4.

Currently, Mayor Marvin Sikes has made it public that he will seek re-election for a third term. He was first elected in 2013, beating out incumbent Allen Barker and challenger Shane Lynch. Thomas “Red” Porter received enough votes to force a runoff in December of 2013, only to fall to Sikes who garnered 70-percent of the vote.

With all five aldermen positions on the November ballot, there could be new faces on the city board. Current city board members are Ward 1 – James Shivers, Ward 2 – Leon McNeal, Ward 3 – Don Graves, Ward 4 – Bob Pruett and Ward 5 – Monte Johnson. Johnson was appointed to fulfill his late wife, Donna Johnson’s, seat after she tragically passed away.

In 2017, Shivers took 54-percent of the votes over former alderman, Bobby Barnett. McNeal, Graves, Pruett and (Donna) Johnson ran unopposed.
Three of the five school board seat will be on the ballot as well. Ward 1 representative is Terry Johnson, Ward 3 is Mark Hodge and Ward 5 is Valeria Wedley.

Johnson received 54-percent of the vote in 2017 against challenger and former school board member Thomas Porter for the Ward 1 position.

In Ward 3, challenger Lori Coleman walloped incumbent Phillip Hardee when she received 77-percent of the votes. Months later, Coleman resigned her school board seat and moved out of state. The Humboldt City Board appointed Hodge to fill the vacated seat.

Ward 2 and Ward 4 school board positions are on a staggered schedule and will be on the ballot in 2023. McNeal holds the Ward 2 seat and Wayne McLemore is the Ward 4 representative.

For more information about this or other elections within the county, contact the Gibson County Election Commission at 731-855-7669.