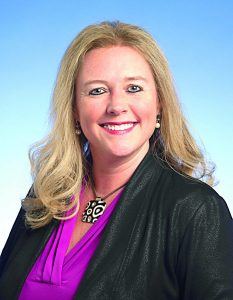 An increase in COVID-19 vaccines later this month could mean a new phase designation on the horizon for Gibson County.

According to Tennessee Department of Health Commissioner Dr. Lisa Piercey, a Trenton native and Milan resident, the state is expecting a “substantial increase” in the number of vaccine doses available to the public in the coming weeks.

“As soon as we get additional supplies, we are pushing it out to the counties,” said Dr. Piercey, who held a conference call with members of the Tennessee Press Association last week.

“Next week, I think we’re on track to have about 106,000 vaccines, but the week after that, which is the last week of the month, we’ve been informed that we can expect a substantial increase. Now, I don’t know if that’s 10 percent or 50 percent, but that’s when we believe that we will be able to push to the next phase.”

The biggest hinderance to the TDOH’s vaccination efforts has been supply. In the past two weeks, 194,000 doses have been split among the Tennessee’s 95 counties, based on their population. Even if all counties received the same number of doses, that would leave Gibson County with just over 2,042 vaccines for the two-week period. Since vaccination efforts began in earnest last month, only 8,011 Gibson County residents have received a COVID-19 vaccine, roughly 11.19 percent of the population.

Dr. Piercey noted that the expected addition of a third vaccine, a one-dose version made by Johnson & Johnson, could help solve supply issues very soon later this month.

“Johnson & Johnson has told us that they have been manufacturing doses and are sitting on a stockpile, ready to push those out,” Dr. Piercey said. “When that third vaccine gets into rotation, we’re really going to be able to accelerate administration because we’re going to have more product.”

As of Monday, February 15, vaccines are available in Gibson County and are being offered to seniors aged 70 and above, as well as healthcare workers and First Responders. The next phase would include K-12 and childcare staff, as well as anyone over the age of 65.

“Close to 35 percent of all Tennesseans over the age of 70 have already been vaccinated,” said Dr. Piercey, who held a conference call with members of the Tennessee Press Association last week. “That’s great news, but that means that two of every three have not yet been vaccinated. That’s really important, because we know there is a much higher risk of both hospitalization and death in that age group. There are people that are in Age Based Phases 70+ and 75+ that are still on a waiting list. We have to get to those people ASAP.”

Dr. Piercey stressed the importance of getting the elderly vaccinated, noting that the odds of a COVID-19 infection creating serious health problems increases substantially with each five-year age increment. According to a relative risk evaluation conducted by the TDOH, a 70-year-old is 7 times more likely to be hospitalized and 27 times more likely to die because of a COVID-19 infection than a 40-year-old.

“We have to prioritize this age group. We really need to elevate the importance of getting this population vaccinated before we open it up to other phases,” Dr. Piercey said. “I want everybody in this state to have a vaccine as quiclky as possible, but when we look at the most effective thing we can do clinically to reduce hospitalizations and to save lives, it is to prioritize our older folks.”

The elderly are also at a disadvantage, especially those in rural areas, as the TDOH could be switching to an online-only system for scheduling vaccine appointments. The TDOH is currently going into areas classified as senior affordable housing to distribute vaccines, but Dr. Piercey asked that communities help their elderly populations get vaccinated by any means necessary.

“What we need are helpers,” Dr. Piercey said. “We need folks in the community, in churches, in families to reach out to seniors and ask them if they have an appointment, or help them make or get to their appointments.”

Tennessee has also expanded vaccine access to pharmacies and community health clinics in rural and underserved areas around the state, such as Walmart, but there are no alternative vaccination sites currently operating in Gibson County.

To make an appointment or for more information on vaccinations in Gibson County, visit covid19.tn.gov or call 866-442-5301.