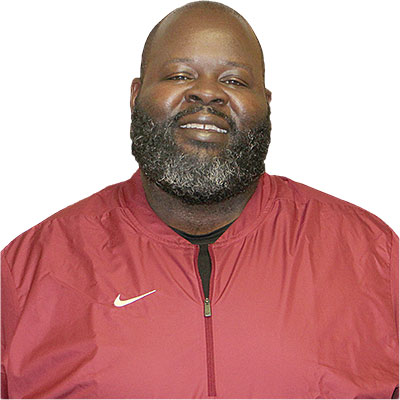 The search for a new head football coach for the Humboldt Vikings is over. Teddy Pettigrew accepted the position and will lead the team this season. His first official day with Humboldt City Schools will be January 19.

Pettigrew has Gibson County roots and brings a wealth of knowledge and experience to the program. He attended Milan High School where he played under legendary football coach, John Tucker.

The 1991 graduate of Milan High School, Pettigrew played on the offensive and defensive line. But in college, he was strictly on the O-line. Pettigrew admits as an offensive lineman, you learn how defenses work, which helped learn both sides of the ball even better.

“It’s not all about wins and loses but about preparing the players for what they face on the field,” Pettigrew said of his football philosophy. “I’m a teacher of the game, whether it’s offense, defense or special teams. It’s all about learning the game.”

“We are fortunate to have Coach Pettigrew,” said interim superintendent Lillian Shelton. “Many schools around us have winning programs and he has coached in winning programs. He could have decided to stay with Northside and continued to coach at that school, which has a winning program.”

Humboldt Jr./Sr. High School principal, Carla Brown, said she is glad Pettigrew is here and is expecting great things for the football program.

Pettigrew got his first taste of coaching shortly after high school when Coach Tucker asked him to help. Pettigrew volunteered to work with the middle school players.

“John Tucker got me into coaching,” said Pettigrew.

With a bachelor’s degree in special education, Pettigrew came back to his Alma mater for his first teaching job with Milan Elementary School. He was also hired as a middle school coach in 2003 that same year. In 2010, Pettigrew earned his Masters in Leadership Administration from Bethel University.

As coach for the Jr. Bulldogs, Pettigrew was the offensive and defensive line coach. That year, Milan Middle had a tough year going winless.

Pettigrew moved over to work with the varsity Bulldog team as the defensive line coach. He then became defensive coordinator. In 2018, Pettigrew was promoted to head coach of the Milan Bulldogs.

His first year as head coach, Pettigrew took the Bulldogs to the state playoffs with a 6-4 record. Milan beat Trezevant (5-5) in the first round followed by a win over county rival South Gibson County (5-5) in the second round. That’s when Milan ran into an undefeated Covington team and lost in the semi-finals of the Class 3A tournament.

The next year, the Bulldogs went 5-5 but still reached the state tournament. Milan blanked Raleigh Egypt 38-0 in the first round, only to fall to a tough Wooddale (8-2) team in the second round.

The next year, Pettigrew took a position with the Northside Indians in 2020 as their defensive coordinator. The team went 6-4 and made it to the Class 4A state tournament but the luck of the draw was not in their favor. Northside fell to 8-2 Creekwood.

The past four years have not been friendly to the Humboldt Viking football team with a winless season, two 1-win seasons back to back and an improvement this past season winning three of their last four games. Pettigrew hopes to build on that momentum from last year.

“You’ve got to have a physical O-line,” Pettigrew stated. “That’s where it all starts. Same goes for defense. You have to be physical up front.”

Pettigrew said he will determine the talent of the players and build around that talent with the power guys in the trenches and the athletic guys in the secondary. Those are the last line of defense, he noted.

Even though Pettigrew preaches power football, that does not translate into a run only offense. He would like to have a balance attack on offense, mixing the run game and the passing game. This keeps the opposition guessing on defense.

Pettigrew is a firm believer that coaching is not only on the sidelines but in the locker room and off the field out in the community.

“You have to teach them responsibility for their part in the program,” Pettigrew explained. “We will hold all athletes accountable, including at home and in the community. You have to do it 24 hours a day. Some kids are going to mess up but you have to give then grace and get them back on the right track. Just because a kid messes up, you don’t just discard them.”

Pettigrew’s message to his players, “Roll up your sleeves and don’t give up, especially after all the adversity over the past years.”

Pettigrew’s no nonsense viewpoint is what Humboldt Vikings will see when practice begins. He said there will be rules to follow.

“You must be consistent,” he added. “If you have a rule, stick to it. They (players) might not like it but they will learn to accept it.

Although Pettigrew has not officially met his soon-to-be players, he did attend a basketball game where some of the students came up to him and welcomed him to Humboldt.

“I am happy that he wanted to come to Humboldt and help us build a winning program,” Shelton said of Coach Pettigrew. “He is a winner and he has high expectations to make Humboldt return to a winning tradition.”

The Vikings will have some key positions to replace with nine seniors on last year’s team. But there are many talented underclassmen that played significant minutes and roles in 2020. Pair that with a very talented eighth grade class that will be moving up next season, Pettigrew will have plenty to build on for the 2021 Humboldt Vikings.