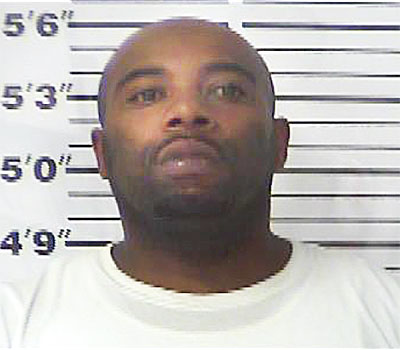 Drug Task Force Director Johnie Carter says that a Humboldt man is in custody after agents arrested him for receiving a large shipment of methamphetamine – ice.

On October 23, agents with the West Tennessee Drug Task Force received information from a shipping company that they had identified a dangerous package that they believed contained methamphetamine destined for a home in Humboldt, Tenn. Agents responded and began investigating the package, which had been shipped from a mail store in Lemon Grove, Calif.

The substance, which weighed just over 10 lbs. and tested positive for methamphetamine, was inside of zipper lock style bags and then wrapped in cellophane and then placed inside of what appeared to be either condoms or balloons and then wrapped in cellophane again. Other packages were vacuum-sealed and all were then packed inside of a brand new wet/dry vacuum for shipping. Street value of the methamphetamine is estimated at $544,000.

Undercover agents from the 28th and 29th Judicial District assisted by the Counterdrug Task Force delivered the package to a home at 350 Westside Drive in Humboldt and conducted surveillance. The house sits directly across the street from Stigall Primary School and agents observed small children coming and going from the school as well as playing outside for most of the day. 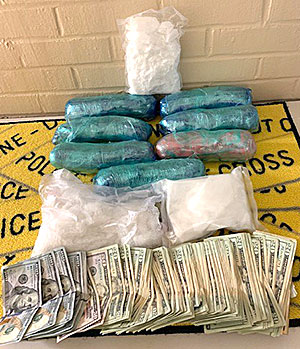 Later in the day, agents observed a male known to them as Brantley V. Miller, 35, of Humboldt, retrieve the package from the front porch of the home and place it into the rear of his rental vehicle and attempt to flee the area. Agents took Miller into custody and seized the box along with $3,929 in suspected drug money. Miller was arrested and transported to the Humboldt city jail where he is being held on charges of possession of a Schedule II controlled substance in a school zone with intent to manufacture, deliver or sell in lieu of a $125,000 bond.

The investigation is ongoing and more people are likely to face charges as it unfolds, according to law enforcement officials. Agents have no evidence at this point to suggest that the homeowner was involved or even knew of the package and believe that Miller was utilizing the address unbeknownst to the homeowner.

“This is a major seizure that will impact the illegal meth trade in the 28th and 29th as well as other surrounding judicial districts,” said Carter. “You can chalk one up for the good guys as these drugs will not make it to the streets of West Tennessee and more especially, the elementary school across the street!”