Mr. Johnson passed away peacefully at home, surrounded by family, on Sunday, September 13.

He was preceded in death by his parents; and older brother, Robert Hill Johnson.

Mr. Johnson attended the White County public schools where he was a popular student and athlete; he spent his senior year at The Baylor School in Chattanooga and was a standout football player, earning an athletic scholarship to the University of Tennessee in Knoxville. He graduated from UT in 1958 with a Bachelor of Science degree in business administration/finance.

At UT, Mr. Johnson was selected as a co-captain for the 1957 Volunteer squad; he was voted an All-SEC and All-American guard. He was perhaps proudest of the fact that he was the first All-American and Academic All-American for the University, a feat that has only been replicated two times—Bob Johnson in 1967 and Peyton Manning in 1997. During his college career he was a member of Sigma Chi fraternity, served as the Army ROTC battalion commander, and received many other campus recognitions, most notably the Torchbearer Award, the highest award bestowed on a UT undergraduate. After graduation Bill served in the U.S. Army Infantry (1958-60) then in the Tennessee Army National Guard (1960-66) attaining the rank of 1st Lieutenant.

Upon returning to Sparta, Mr. Johnson soon went to work at the First National Bank, a locally owned institution, and was eventually both a member of the board of directors and president during his tenure there; his father, his maternal grandfather (Robert L. Hill), and great-grandfather (Richard Hill) had previously served as president. He was well respected in banking circles and served as Tennessee vice-president of the American Bankers Association and director of the Federal Reserve Bank in Nashville. Upon his retirement from the banking industry he became a consultant for and investor in Meridian Aggregates of Denver, Colo., with his college teammate and good friend Tommy Bronson. He occupied a consulting role with HealthTrust in their acquisition and divestiture of hospitals.

Mr. Johnson lived by the motto, “It is more blessed to give than receive” and give he did. He was a tireless worker for his beloved UT, serving on the athletics board from 1972-1974 before being elected to the board of trustees in 1975; he served as vice-chairman of the board from 1987-1991, retiring from this prestigious body in 1996. He was also a member of the Tennessee Sports Hall of Fame, serving as a director; he served in a director capacity of the East Tennessee Chapter of the National Football Foundation and College Football Hall of Fame. In 1972, Mr. Johnson was selected by the Tennessee Jaycees as their “Outstanding Young Man of the Year” and devoted a great amount of time as a member of the Boy Scout Council of Middle Tennessee. He was a longtime supporter of the Fellowship of Christian Athletes, Young Life, and Cru.

Sparta and White County were dear to Mr. Johnson’s heart and his ancestors have lived there since the very early 1800s. The Johnson farm has been in the family for 125 years. He felt a great obligation to give back to the city that had given him so much and served the people of the community in various ways including as an alderman and vice-mayor of the city of Sparta, the first president of the United Givers Fund, the president of the Upper Cumberland Development Association, and as the Director of the Sparta/White County Chamber of Commerce.

Mr. Johnson’s faith was at the core of who he was. For the greater part of his life he was an active and faithful 4th generation member of the First United Methodist Church in various capacities including Sunday School teacher and trustee. He served the Methodists denominationally as a trustee of Martin College in Pulaski, Tenn., as director of the Tennessee Conference United Methodist Foundation, and as a lay preacher.

Anyone who knew him, knew that other than his faith, his first priority and greatest delight, was his family. His children and grandchildren were truly his greatest joy and source of pride.

Bill’s colleague and longtime business associate, George Elrod (Sparta), has been one of his closest friends since the first grade, and Carl Johnson (Nashville, TN), who truly was the son he never had.

If you wish to make memorial gifts, they may be directed to: The YMCA of Sparta; The Fellowship of Christian Athletes, c/o Jeff Lacy;  or the Robert Hill Johnson Award Foundation at Tennessee Tech University, Kristie Phillips, director of Annual Giving/Stewardship kphillips@tntech.edu 931-372-6857. 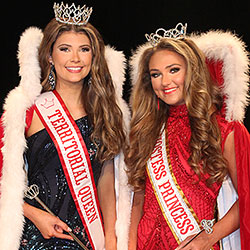 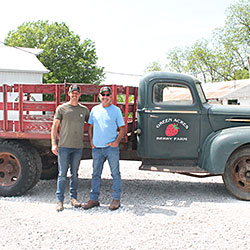 Family berries, sweetest in the land