Mayor Marvin Sikes… We have no authority over the board of education. 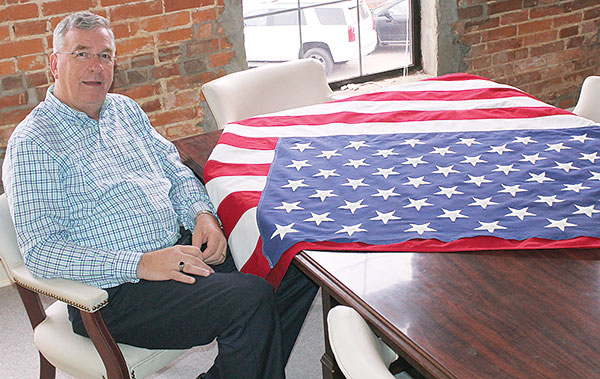 NOT RESPONSIBLE – Some comments made on social media regarding lawsuit against the board of education have suggest Mayor Marvin Sikes to do something.

When news hit the stands of another lawsuit against City of Humboldt Board of Education, some took to social media with their thoughts. Some of those comments were aimed at Humboldt Mayor Marvin Sikes.

Mayor Sikes wanted to set the record straight. He has no authority over the board of education. They are elected by the citizens of Humboldt.

“Humboldt Utilities and Humboldt City Schools belong to the city,” Mayor Sikes explained. “We pay the insurance premiums for liability. Myself and my staff, we don’t dictate what the schools do.”

With one lawsuit against the board of education already resolved and the settlement paid out by the city’s insurance, Mayor Sikes is concerned that another potential settlement will hurt the city. He is also concerned about the potential for even more cases brought against the school board and school system.

“I’m worried about people piling on lawsuits,” the mayor said. “If it gets above our insurance cap, we’ll have to pay up. City services could be cut. This would hurt the city and the schools. It could get into the pockets of the taxpayers.”

All cities have to have insurance, and Mayor Sikes knows that lawsuits happen. But most of those are when someone has an accident and suffers some type of injury.

“We know there will be lawsuits—that’s the nature of the beast,” Mayor Sikes noted. “We’ve been fortunate to not have very many lawsuits until lately. I worry what could happen.”

Sikes said there are so many positive things going on in Humboldt but these lawsuits are hurting the city. Even though he has no control over the school board, the mayor is pleading for the board to make good decisions for the betterment of Humboldt.

“People want answers from me as mayor?” Sikes said in response to social media comments and posts, “my advice is everybody calm down and work for a common cause—for our children, Humboldt’s future.”