Humboldt, Tenn. – The West Tennessee Drug Task Force operating out of the 28th Judicial District seized more than 12 pounds of methamphetamine – ice and 872 OxyContin® 30mg. during a search warrant. 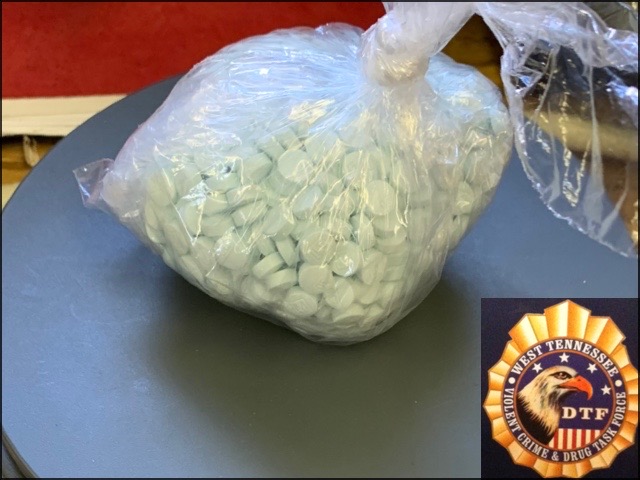 On 6/18/2020, Agents served a search warrant at 626 N. 14th Street Humboldt, Tn. following an investigation into the sale of narcotics in west Tennessee. Agents received information about a suspicious package from a local delivery service.  Upon further investigation, Agents received a search warrant to search the package and discovered that it contained almost 6 kilograms of methamphetamine in the ice form and 872 of the opioid OxyContin®. Agents were assisted in the investigation by Agents with the Bureau of Alcohol, Tobacco and Firearms and the Jackson Police Department Canine Unit. 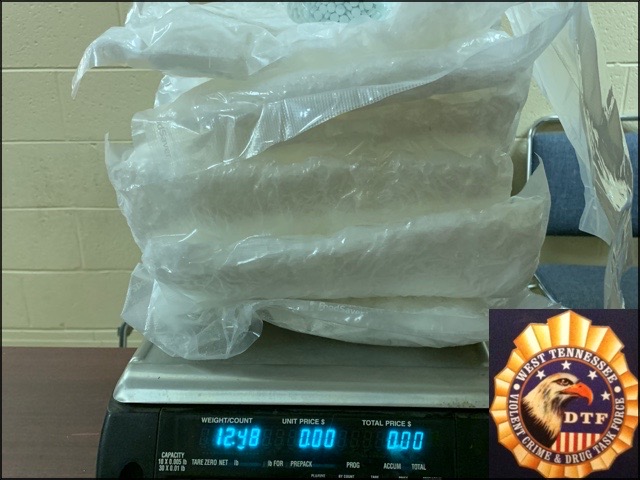 “This seizure will most certainly save lives and likely slow down the drug trade in west Tennessee by hurting the dealers where it hurts the most, in their pocket.” said Task Force Director Johnie Carter.  He went on to say, “If you do the math, the street value of the Oxy is approximately $17,440.00 and the meth around $551,040.00 making the seizure valued at $568,480.00.”