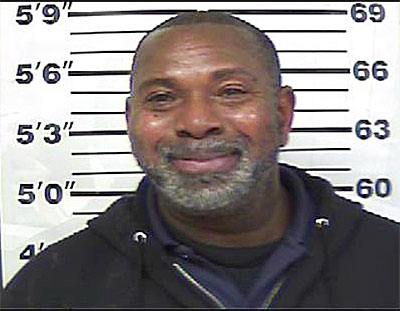 A Humboldt alderman and school board member is facing charges after an incident at a local restaurant. Leon McNeal is facing disorderly conduct charges.

The charges stem from a November 18, 2019 encounter at the eatery where McNeal allegedly continually confronted Martha Shivers.

Shivers, who was having a meal with her daughter and niece, filed an incident report with the Humboldt Police Department.

According to the incident report, officer Laura Cano took the report in reference to harassment. The report showed McNeal approached Shivers in reference to a previous election. McNeal said to Shivers, “It’s personal and I’m not finished.” In the report, Shivers stated McNeal followed her around the restaurant and began to get loud.

Humboldt police advised Shivers the process of filing a criminal summons, which she did indeed file against McNeal.

Shivers stated in the criminal summons that she was standing in line at the counter when McNeal walked in. Shivers said she spoke to McNeal, who in turn replied, “Don’t speak to me,” to which she did not respond. McNeal began talking about the November school board election and stated McNeal’s that his opponent in the election and another of his opponent’s supporter (name withheld), accepted money from a prominent businessman (name withheld) and other white folks to buy the election, according to the summons.

Shivers said to McNeal, “You won the election and let’s move forward. It’s about the children.”

McNeal stated, “No, it’s not about the kids, it’s personal,” as stated in the summons.

Shivers then walked over to the drink counter where McNeal followed and began talking about an article Shivers’ husband had written. He continued to follow her talking about the article, getting loud and his behavior was offensive and disruptive to her, according to the summons.

Shivers stated McNeal received his food order and continued saying, “It’s personal and I’m not done,” as he walked out the door.

Officer Cano spoke with two restaurant employees and both individuals stated McNeal was very disruptive and followed Shivers throughout the restaurant and was yelling, “No, it is not about the kids, it’s personal,” according to the police incident report.

McNeal turned himself into the Gibson County Sheriff’s Department last Friday and was released without bond. His first court date is set for Wednesday, December 4 in Humboldt General Sessions Court.