Fugitive at large after fleeing traffic stop on foot 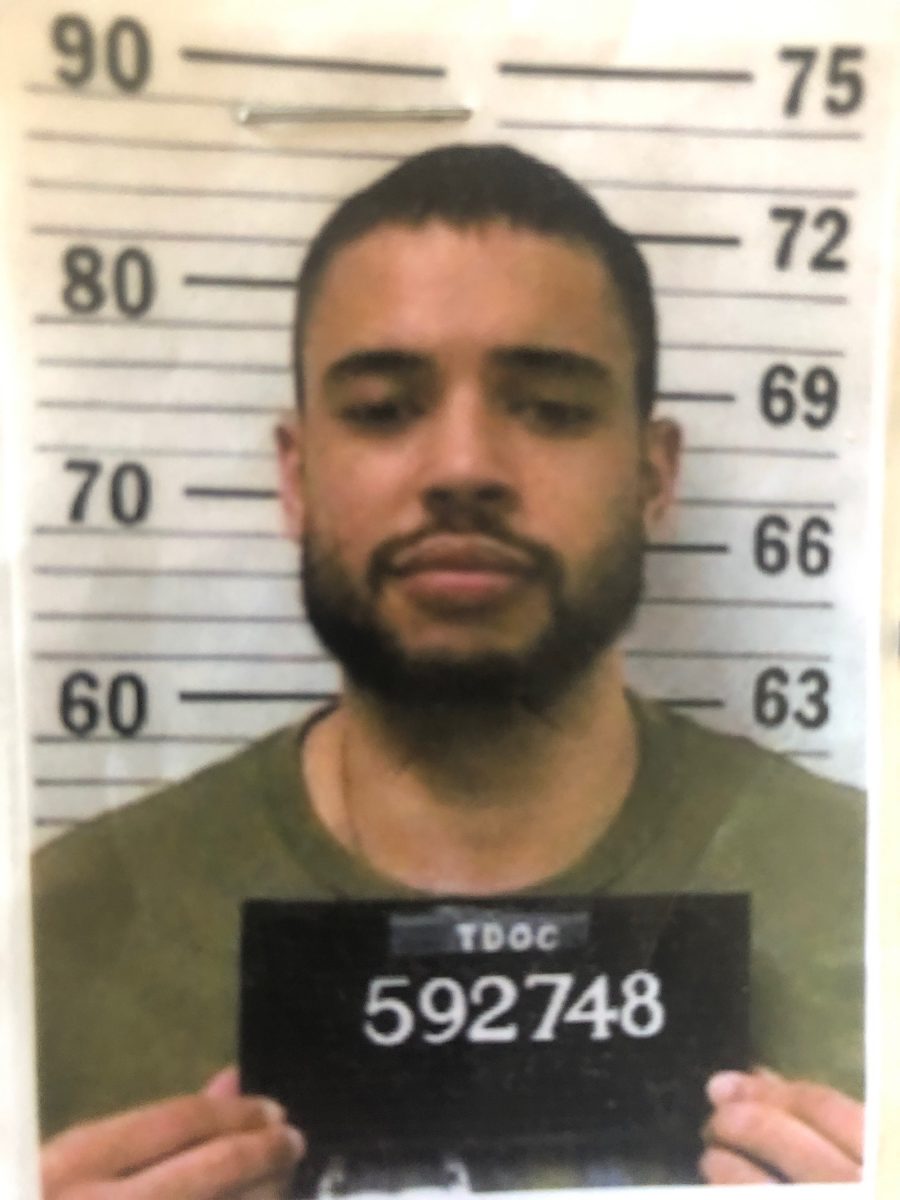 An unruly fugitive escaped custody after attempting to hang himself following a traffic stop in Gibson late last night.
Matthew Dillon Inman, 24, of Bradford, was initially stopped for speeding and failing to yield to an emergency vehicle, but the incident escalated quickly after police positively identified him.
Inman was heading South on Highway 79 at 10 mph over the posted 35 mph speed limit when officers discovered the small Mazda sedan he was driving was missing its rear bumper and license plate.
The officer initiated a traffic stop just before 11:30 p.m., but Inman continued, acting suspiciously and moving around inside the vehicle. Inman continued to pass areas where he could have pulled over, sticking his head out of the driver’s side window and seemingly signaling that he was going to pull over onto SR 187. The officer’s report also noted that once he approached the vehicle, he detected the odor of marijuana coming from a storage compartment on the passenger’s side.
As he did not have any insurance or a driver’s license, Inman was identified by his Probation and Parole ID card. The officer then discovered that Inman had open warrants out of Hardeman County for Violation of Probation on the original charges of Felony Escape and Aggravated Burglary.
Once Inman was in custody inside the police cruiser, he slipped his cuffed hands in front of his body, then attempted to hang or strangle himself with the seatbelt. The arresting officer contacted Gibson Police Chief Brad Hardin to bring shackles in order to better detain Inman, but Inman managed to escape while the officers attempted to apply the shackles.
Inman was last seen running from the car, still in handcuffs, into a bean field in the direction of Jim Bob Scruggs Road. Officers and a K9 Unit were unable to track Inman. As of this notification, he is still at large.
Inman is currently charged with one count each of Resisting Arrest, Evading Arrest, Escape, Failure to Yield to an Emergency Vehicle, Failure to Exhibit on Demand, Speeding, Improper Display and Financial Responsibility.