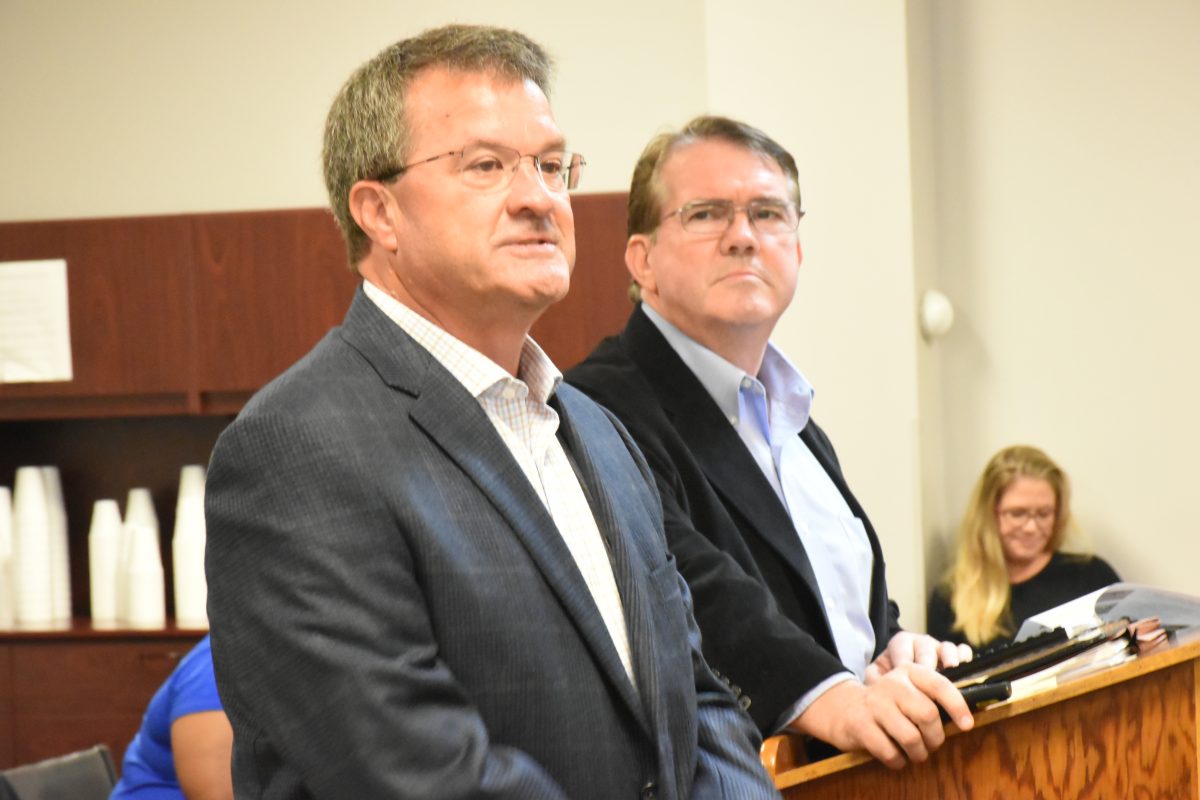 Senior Vice President Ray Lowrance and Vice President Paul Perkins, representatives from Forcum-Lannom Construction, present the MSSD board with a number of school projects completed by the company, including Dyersburg’s schools, sportsplex and training facility, Three Oaks Middle School, and buildings on the campus of the University of Tennessee at Martin, at the August 29 board meeting.

Dyersburg-based construction firm Forcum Lannom was chosen last night to move forward as the Construction Manager for the upcoming  renovation projects at Johnnie Hale Stadium and Milan High School.
The Milan Special School District’s Board of Education held a special called meeting Thursday night, calling in representatives from both Forcum Lannom and Lashlee-Rich, Inc. to further discuss the qualifications and potential charges of both companies.
The board’s previous meeting on Sept. 23 saw the field narrowed to two, with some board members drawing criticism for their votes against Milan-based Rhino Construction, who turned in a projected cost of $1,046,250 on a hypothetical $18M project as part of the board’s criteria. Questions arose regarding the cost of some items that were not included in the scenario by Rhino, leading the board to short-list the four applicants and forego a potential savings of $173,427.67.
The board’s vote last night might have further increased the possible cost of the project, as Forcum Lannom presented the board with an overall cost of $1,265,251.82 on the hypothetical $18M project, roughly $219,000 more than Rhino Construction’s projected cost.
Despite the acrimony surrounding the board’s decision, Forcum Lannom’s work had been highly regarded by members of the board, as the initial plans for Johnnie Hale Stadium were modeled heavily on Dyersburg High School’s football stadium before being scaled back. The company has also completed projects for local schools and banks, as well as companies across the Southeast US, including the Coca Cola Bottling Company in Baton Rouge and Papa John’s national headquarters in Louisville, Kentucky.
The marathon meeting, which lasted close to three hours, ended with a 5-2 vote in Forcum Lannom’s favor.
Following the meeting, MSSD Director of Schools Jonathan Criswell stated that he would contact Forcum Lannom and begin ironing out a contract with the company, then begin scheduling meetings between the board, Forcum Lannom representatives and architects TLM Associates in order to go over the timeline for the renovations and begin the bid process.
“The timeline is tight, but tif everything goes well, we should be able to begin the renovation process at Johnnie Hale after the final home football game,” Director Criswell said. “The board will have to approve the issuance of bonds at one of the upcoming meetings.” Criswell added that while the final dollar figure for the renovations is unknown, the $18M hypothetical project presented to the applicants for the construction manager position is a reasonably close estimate.
“We hope to continue to lower that number,” Criswell said. “Everything we have done so far has been to lower the cost.” 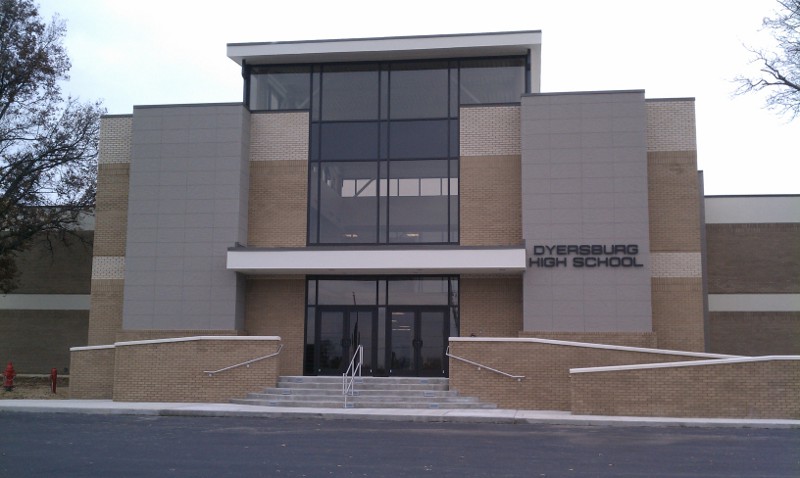 Renovation projects at Dyersburg High School, including the DHS football complex, have been conducted by Forcum Lannom.