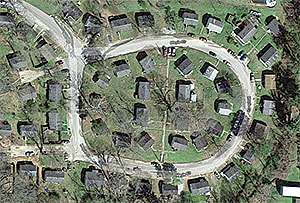 A Humboldt shooting has left one person dead and two facing charges.

On Tuesday, August 20, Humboldt police responded to a shots fired call in the 2300 block of Maple Circle in Humboldt. Police and first responders arrived on the scene where a 16-year-old male victim was found. According to reports, the victim had been shot multiple times and was unresponsive.

Since all involved are juveniles, police cannot release the names of the victim or those charged. If the suspects are taken to adult court, their names can be released.

The alleged shooter was identified as Demonze Dowell. In an interview with the Humboldt Chronicle, Dowell’s mother, Carrie Crawford, said her world had been shaken by the incident.

“My attorney said that I can’t talk about what happened with him,” she said. “But my daughter has been so traumatized that she had to be hospitalized at St. Francis Hospital. The police threatened her and told her she couldn’t tell me what they asked her. My daughter is a minor and also a special education student ,so they had no business talking to her without me,” she added.

According to court documents, the defendant and his mother appeared at a detention hearing August 21 and had recently been released for DCS Aftercare. He was ordered to be detained pending adjudication. The matter was reset for September 16.

Through other sources found on social media and obituary from a local funeral home, the victim was identified as Ma’Kylon Williams of Trenton. Family members have started a GoFundMe page to assist with funeral costs.

The investigation is ongoing and the Humboldt Police Department asks that anyone that has information, please contact the HPD at 731-784-6225 or Crime Stoppers.