With the sun shining brightly in Yorkville, organizers of the 26th Annual International Washer Pitchin’ Contest honored Jerry and Rosa Hollis as the grand marshals and welcomed a host of competitors for a day of friendly games, good food and lots of fellowship. 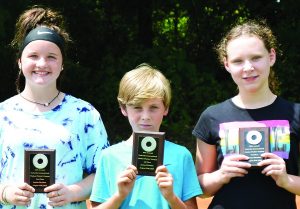 Before the opening ceremony, juniors competed with Cason Reynolds claiming his second consecutive title. Haley Walker of Dyersburg finished in second place, and Avery Ritter of Trimble came in third.

Yorkville Fire Chief Mike Norman welcomed the crowd and thanked them for coming out to support the fire department during the opening ceremony. Bro. Travis Davidson gave the prayer, which was followed with the Pledge the Allegiance. Yorkville Mayor Mack Zarecor thanked the community for supporting the Yorkville Fire Department. He also thanked firefighters for everything they do for the community.

Norman thanked the Gibson County Sheriff’s Department for all their help getting the park ready for the event due to the recent storms. He also thanked all the sponsors, volunteers and the Yorkville firefighters and their families for all they do throughout the year. Then, Jerry Hollis threw out the first washer to get the singles competition underway. 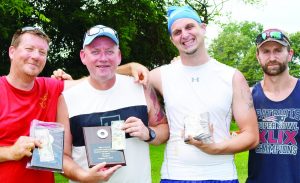 For the past nine years, the International Washer Pitchin’ Contest has been a fundraiser for the Yorkville Fire Department with all the proceeds going toward maintaining the department.