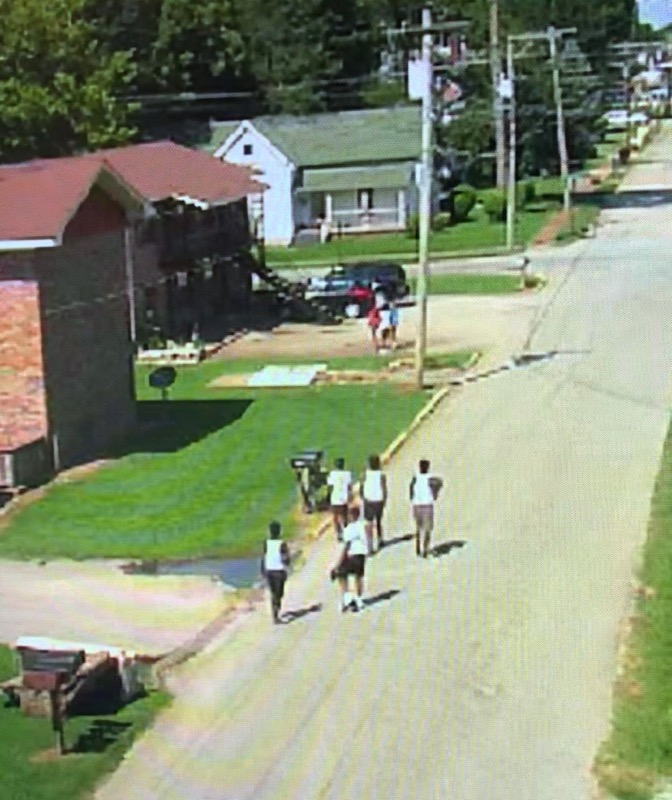 ing clouds of black smoke and embers high into the air and endangering nearby businesses and homes.
Residents near the building stated that they believed the building to be empty, but said that they heard a loud explosion before the blaze began. Other citizens stated that they heard the explosion even further away.
“I was in the shower,” said one man, watching the scene unfold outside his home on college street. “I was getting ready for work and heard a ‘boom’, then I saw the smoke.”
The fire spread quickly, and seemed to originate from what could have been an office-type area. When the Milan Fire Department arrived on the scene, the building was already fifty percent involved, and the high flames had begun to burn nearby trees. Steady winds helped fuel the fire and sent embers into the sky.
Soon after two Milan units arrived on the scene, the MFD requested mutual aid from the Gibson County and Medina Fire Departments. While crews attempted to extinguish the fire at the warehouse, others sprayed down the rear sections of Milan Box Corporation to prevent embers from smoldering in areas of the business with highly flammable contents. Employees of Milan Box could be seen on the roof with fire extinguishers.
Once the blaze was extinguished, the MFD brought in a backhoe to remove sheet metal and portions of the walls in order for firefighters to reach the remaining hotspots.
“We found some debris inside the building,” said Milan Fire Chief Steven Dillard, “but we’re still not sure what it was that caused the ignition.”
Milan Building and Codes Officer Jim Pillow stated that the building had been deeded to the city earlier this year by Jerry Belew. Officials had planned to demolish the building, but Belew had reportedly asked the city to hold off on the demolition. Pillow stated that Belew had removed most of his property from the building, but was allowing The Orchard House to take any items that had remained. 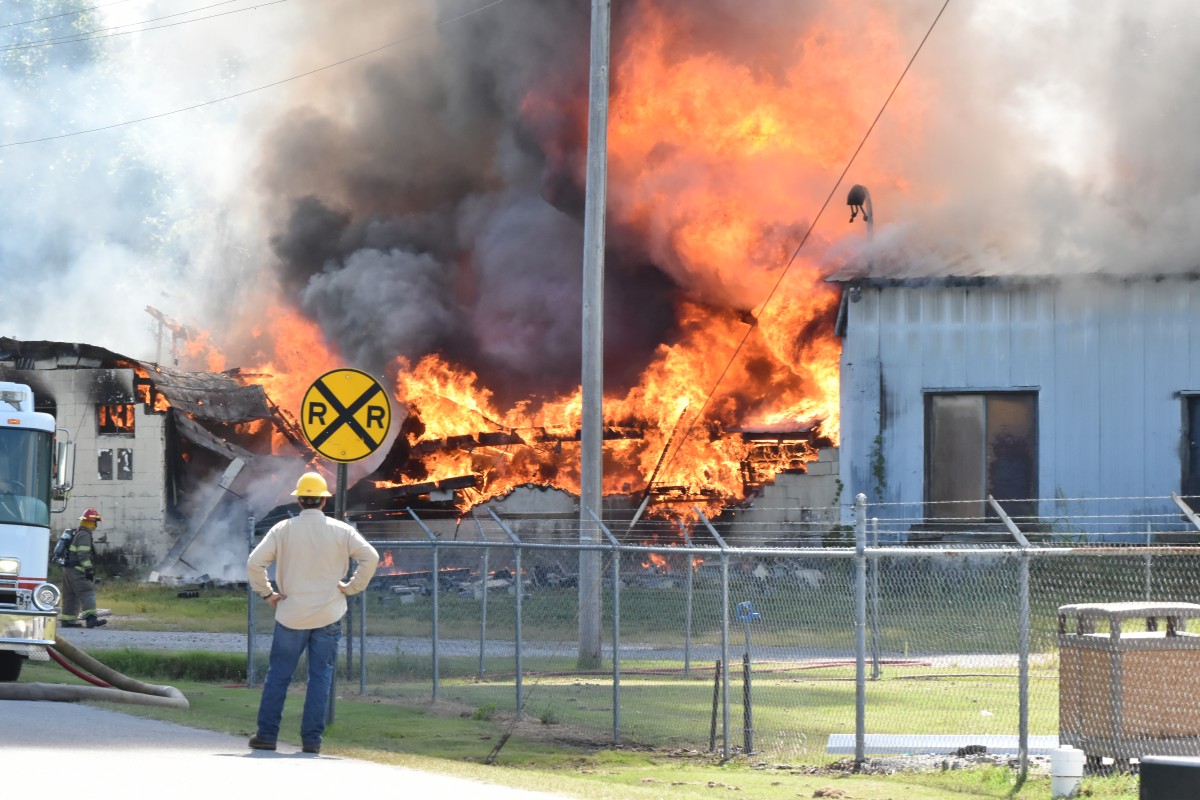 Milan Fire Chief Steven Dillard stated that there are five individuals seen on video in the area of the fire as it began. All five of the individuals, who could potentially be juveniles, were walking along College Street. If you have information on these individuals, contact the Milan Police Department at 686-3309 or call the Tennessee Arson Hotline at 1-800-762-3017.