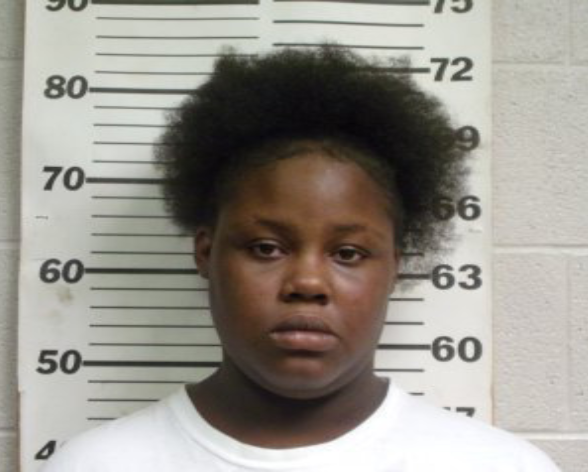 Investigators with the Milan Police Department are urging customers of a Milan restaurant to examine their bank statements closely following a report of credit card fraud by an employee.
Milan Police Chief Bobby Sellers stated Monday morning that Alexus Donald, an employee at McDonald’s of Milan, has confessed to taking photos of multiple credit cards used at the drive-thru window.
Management at the restaurant notified police after one of Donald’s coworkers informed them of the crime. The employee stated that Donald had admitted to taking photos of customers’ cards, and used one of the cards to make an online purchase at Pizza Hut in Milan.
During the investigation, officers discovered photos of four credit cards on Donald’s phone. While being questioned about the incident, Donald reportedly became emotional, confessing to the crimes.
Additionally, Donald told police that at least two other individuals, both juveniles, also used photos of the cards to make online purchases. One of the juveniles stated that he was not aware of any photos, and did not use any of the stolen information. The other juvenile admitted to using one of the cards to purchase a pair of $130 Nike shoes online. He stated that he never received the shoes, but that he knew the transaction had processed. Donald also stated that a third juvenile could have been involved with the fraudulent transactions, but was not sure.
Police have confirmed that Donald’s phone contained photos of four cards, not including the one that she had used at Pizza Hut. Donald did admit to having deleted 10 photos from her phone, but stated that those photos were blurry. Police have yet to determine the validity of that statement.
Investigators have determined, however, that the photos discovered on Donald’s phone were taken on July 22. Chief Sellers stated that anyone that feels they have been a victim should contact MPD Detective Chris Vandiver at 731-686-3309.
Donald was arrested Monday afternoon, charged with nine counts of fraudulent use of a credit card. Bond was set at $67,500. The matter is still under investigation and no charges have been filed as of yet against any of the juveniles.