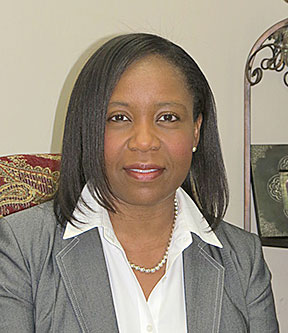 Last Thursday evening, the Humboldt School Board met for what could have been a short meeting. Instead, the board meeting was delayed close to half an hour while superintendent, Dr. Versie Hamlett, and the entire board were called for an executive session at the advice of their attorney.

Once the meeting began, there were only four items on the agenda. Two items were informational for board members regarding the 2019 fall district TSBA (Tennessee School Boards Association) meeting and also the TSBA Leadership Conference.

Dr. Hamlett asked board members to contact Cindy Love if they plan to attend so she can make reservations.

The next agenda item was discussion of the superintendent’s contract. Board member Leon McNeal led the charge to begin talks of a contract extension.

McNeal was referring to Tennessee law that states, “Notwithstanding any other public or private act to the contrary, employ a director of schools under a written contract of up to four years’ duration, which may be renewed. No school board, however, may either terminate, without cause, or enter into a contract with any director of schools during a period extending from 45 days prior to the general school board election until 30 days following the election.”

With this being an election year for three school board seats, McNeal suggested getting contract extension talks going earlier than usual.

“I ask the board, for Dr. Hamlett and the chairman (Terry Johnson) to meet and bring a report to us in August,” McNeal requested. “This will give ample time to have discussion.”

McNeal would like Dr. Hamlett’s contract extension decision made before the 45-day timeline before the upcoming election.

“She will know her fate,” McNeal said. “I would want to know.”

McNeal suggested chairman Johnson ask the “WWWs” of who, what, why as well as other questions.

During the superintendent’s report, Dr. Hamlett announced Stigall Night Out will be held July 27 from 6-8 p.m. at the Coffee Shop. This will be a meet and greet with new Stigall Primary School principal, Tiffany Purnell. Stigall’s open house is slated for July 29 at the school.

Dr. Hamlett also announced that East Elementary School’s open house will be July 30 from 5-7 p.m. at the school.

Humboldt Jr./Sr. High School will host an open house on August 1, which is the first day of school (half day).

Dr. Hamlett said she is ready to support McNeal’s bike ride on August 24. McNeal said this is an event for everyone to attend and there will be lots of things for the kids.

McNeal made a plug for the Stigall Museum’s ACT program. He announced it is free. Lillian Shelton is the program’s instructor.

DELAYED MEETING – After an almost 30-minute delay to hold an executive session with their attorney, school board members came back to the table to hold their monthly meeting. Once the meeting began, the board agreed to have board chairman, Terry Johnson, meet with superintendent, Dr. Versie Hamlett to begin talks for a contract extension. Board members are (from left) Johnson, Wayne McLemore, Valeria Wedley and Mark Hodge. Board member Leon McNeal was present at the meeting but is not pictured.

The final segment of the meeting, citizens concerns, had two people address the board. Chairman Johnson followed board policy, allowing each person to address the chairman with a 5-minute time limit.

Dr. Renette Coleman, former Stigall principal, and her mother, Mrs. R. Oliver each addressed the board.

Oliver spoke first and said she is retired military and a former teacher. Oliver said she volunteered at Stigall while construction was going on, sweeping up debris and dust on the floors. She said some people thought she was part of the janitorial staff. Oliver said she was considering substitute teaching at Humboldt until her daughter received an email from Dr. Hamlett, asking her daughter to limit the time her family is at the school. Oliver said she was insulted.

Dr. Coleman continued her statement, talking about ways she and Dr. Hamlett did not see eye-to-eye on certain matters and how both had lost confidence in each other’s leadership abilities.

The board, nor Dr. Hamlett, responded to either of the ladies’ concerns, as suggested by their attorney.