A local school has spent the past few months preparing for a major theatrical production. Last week, East Elementary School students performed their own production of the Lion King in the newly renovated junior high auditorium. Emily Burleson directed the play. 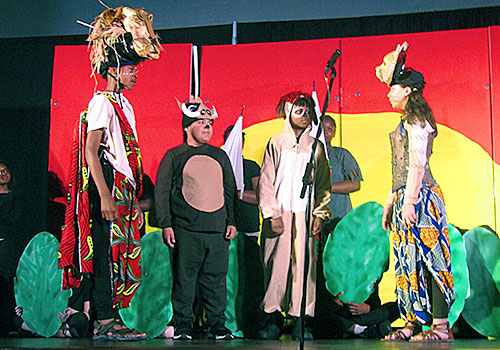 SIMBA AND NALA – Simba (Kenderick Taylor, left) meets Nala (Adriana Zarate, right) for the first time since he was a cub. With him are Timon (Clinton Johnson, second from left) and Pumbaa (Aaron Hernandez).

MUFASA – The role of Mufasa was played by Keilan Melton.

This was the first large event to be held in the auditorium since its renovation. Forty-five children from second grade to sixth grade participated in the play. For some, this was their first play. However, some have been performing for the past five years.

The children began practicing their lines and choreography in February under the direction of Jordan Fondren. They also performed nine different musical numbers directed by Stephen Watson.

The songs performed included “One by One”, “Circle of Life”, “I Just Can’t Wait to be King”, “Be Prepared”, “Hakuna Matata”, “Can You Feel the Love Tonight”, “He Lives in You”, “Luau Hawaiian Treat”, and they also had a finale.

Jacquelyn Blackmon and Gene Reeves designed the sets. The costumes were designed and made by parents, Paula Owens, Jordan Fondren and Emily Burleson. Milan Middle School and Pleasant Grove H.S. also assisted with the costumes.

East’s children gave three wonderful performances and those in the audience could tell that they put a lot of time, hard work and effort into it. 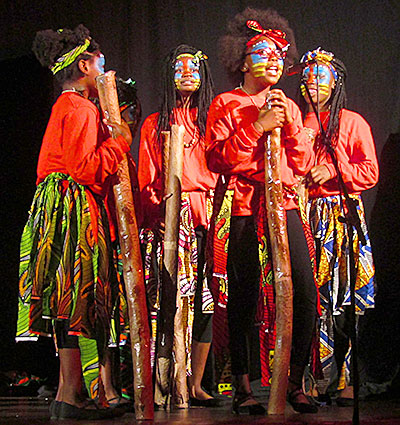 THE RAFIKIS – The role of Rafiki was played by Mariah Warren, Aniyah Warren, Aiyanah Rice, Nekyah Champion, and Keiyalah Jennings. 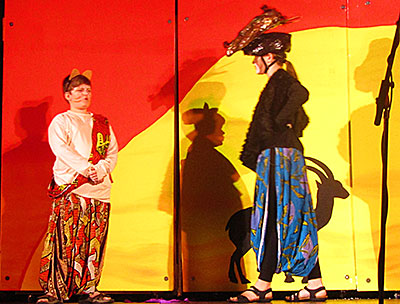