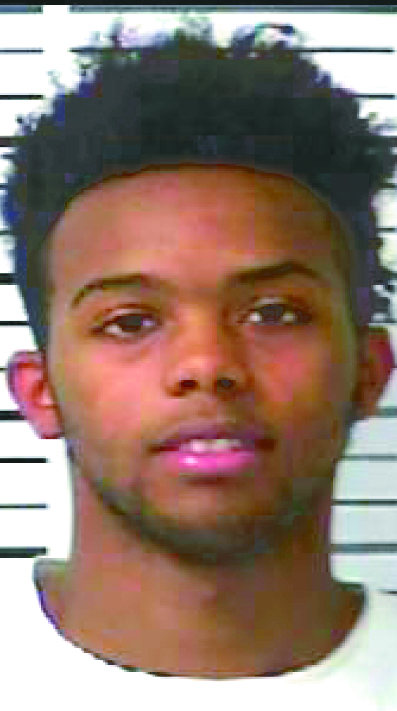 Adkisson’s trial began Tuesday in Gibson County Circuit Court and concluded this afternoon with the jury delivering a verdict of guilty on two counts of 2nd Degree Murder. Sentencing has not yet taken place.

The double homicide took place on September 26, 2017 at the Meadows of Milan apartment complex. According to Detectives with the Milan Police Department, Adkisson and one of the victims were involved in a verbal altercation earlier in the day. Later that night, police stated that Adkisson, along with Justice Walton, shot the victims in the parking lot outside one of the apartments. Young was pronounced dead at the scene. Whitemore was transported to the Emergency Room at Milan General Hospital, where he succumbed to his wounds.
Information from the public helped develop Adkisson as a suspect. After questioning, Adkisson confessed to the murders and gave police the identity of Walton, who he said also shot at the victims.
Milan Police Chief Bobby Sellers told the Mirror-Exchange that both the shooters and the victims had ties to two local gangs, the Hoover Crips and the Gangster Disciples. It was also believed that the shooting could have been gang retaliation for a robbery. At the time of the shooting, both Adkisson and Walton were 17 years old.
On February 5, 2019, Judge Peeples denied a motion filed by Adkisson’s attorney, Claiborne Ferguson, that would have suppressed the statement Adkisson gave to police at the time of his questioning. Adkisson’s attorney alleged that, as a 17-year-old, his client was unlawfully coerced into confessing, was not allowed to have his mother present at the time of his interrogation and did not understand his Miranda rights.
Walton was also indicted by the Gibson County Grand Jury on two counts of First Degree Murder, but according to District Attorney Garry Brown, the state could not try Adkisson and Walton together for legal reasons.

We will continue to report on this case as a sentence is rendered. The District Attorney’s office has not yet stated when Walton’s trial will begin.