Two men are in custody on charges of conspiracy to commit first-degree murder in a plot stretching from Humboldt to Murfreesboro that was foiled just three hours before the murder was to occur.

Stephen Taylor, 43, of Murfreesboro, and Gregory Barnes, 22, of Humboldt, are in the custody of Gibson County Sheriff Paul Thomas. Barnes is being held on a $500,000 bond, while Taylor is being held without bond. 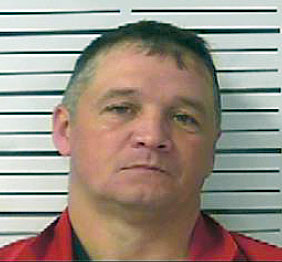 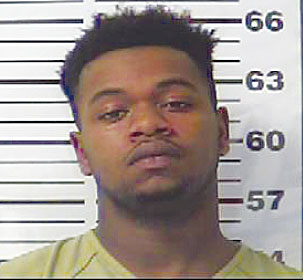 A joint investigation of the West Tennessee Drug Task Force (WTDTF) and the Tennessee Bureau of Investigation (TBI) began around February 6 when task force agents received information that Taylor allegedly had hired Barnes to kill a Murfreesboro man who was a potential witness against Taylor in a February 8 hearing in Rutherford County Circuit Court.

Taylor was facing burglary and aggravated assault charges in which the Murfreesboro man – and target of the hit – was the victim.

Agents learned that the murder plot was hatched in the Gibson County Jail where Barnes and Taylor were serving weekend sentences for delivery of a controlled substance and misdemeanor theft of property respectively.  An investigation showed that Taylor had provided Barnes with details on how to locate and identify the man he wanted killed. The digital evidence Taylor provided included a picture of the intended victim, his vehicle description, place of employment, work hours and home address.

On February 7, agents with the WTDTF and TBI in Jackson enlisted the assistance of the TBI in Murfreesboro, who along with Murfreesboro investigators took the intended victim into protective custody. Agents then arranged a sting that resulted in Barnes being arrested on Highway 45 between Milan and Medina while on his way to Murfreesboro.

According to the warrants, Taylor and Barnes spoke in person, by cellphone, texts and Facebook messenger regarding the victim’s home and work address, color of the vehicle the victim drives and pictures of the victim to be killed. Barnes stated that Taylor wanted the victim killed by February 7 due to the victim and Taylor having court together in Rutherford County on February 8. Barnes said the victim was going to testify against Taylor, and Taylor was going to pay Barnes $2,000 to kill the victim, according to warrants.

“This intended murder was prevented by the coordinated efforts of law enforcement,” said Johnie Carter, Task Force special agent in charge. “Agencies and officers from across West and Middle Tennessee were able to foil this plot because of the resources and abilities that a Violent Crime and Drug Task Force bring to the table, especially for small communities like Humboldt where this plot was born.”

If you have information about drug sales in your community please contact the 28th Judicial District Drug Task Force at 731-784-0555. Caller I.D. is not used and callers can remain anonymous.