The Lady Pioneers won 61-7 over Fulton City Thursday night and defeated Gleason 42-35 Friday night. KJ White was named the tournament MVP, and Ashton Lannom and Hannah Ball were named to the All-Tournament Team.

The Lady Pioneers held Fulton City scoreless in the second quarter to take a 49-2 lead at the half.

Friday night, Alaina Hunt got things started with a lay-up to give Gibson Co. a 2-0 lead. KJ White followed with a drive to the goal for a basket, and Hannah Ball hit back-to-back lay-ups to give Gibson Co. an 8-5 lead. Gleason came right back and hit a 3-pointer to tie the game at 8-all.

The first quarter ended with both teams adding a basket for 10-all tie. The Lady Pioneers struggled to hit shots to start the second quarter. Gleason went on a 7-0 run before Macey Neal and Annie Bass hit 3-pointers to pull within a point 17-16. Gleason outscored the Lady Pioneers 8-1 for the remainder of the quarter to take a 25-17 lead at halftime.

The Lady Pioneers opened up the second quarter with a 9-4 run behind Ashton Lannom, Neal and Bass hitting three consecutive 3-pointers to make it 29-26 Gleason. Senior KJ White hit a 3-pointer from the left wing to tie the game at 31-all. Gibson Co. took a 33-31 lead off a lay-up by Jaci White on a fast break. Madison Hart made a steal and a great pass to Ball who was fouled shooting. Ball made both free throws to end the third quarter with Gibson Co. leading 35-33.

The Lady Pioneers played great defense in the fourth quarter, holding Gleason to only two points for the remainder of the game. Ball, Lannom and Neal all scored in the quarter for a 42-35 semifinals win over Gleason. Leading in scoring for the night for Gibson Co. was Hannah Ball with 11 points; Macey Neal, 10 points; Ashton Lannom, 6 points; Annie Bass, 6 points; KJ White, 5 points; Jaci White, 2 points and Alaina Hunt, 2 points.

Westview outscored Gibson Co. 12-8 in the second quarter to take a 32-23 lead at the half. The Lady Pioneers displayed great hustle on both ends of the court in the third quarter to hold Westview to three points in the quarter. White started the quarter off by making a free throw followed by Hannah Ball making two baskets and Madison Hart hitting a  pull up jumper to end the quarter with Westview leading 35-30.

The Lady Pioneers opened the fourth quarter with McKinley Burkett, Annie Bass and White all hitting free throws to tie the game at 35-all. Macey Neal hit a pull-up jumper to give Gibson Co. a 37-35 lead. Both teams traded baskets, tying the game at 40-all. Burkett, with a drive to the basket, was fouled and made both free throws to give Gibson Co. a 42-40 lead. Westview was forced to foul, but White and Neal both were 2-for-2 from the free throw line for a 46-40 championship win. 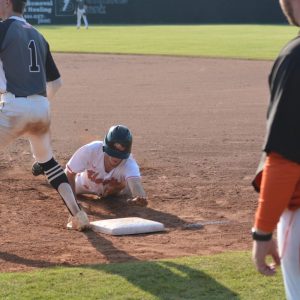 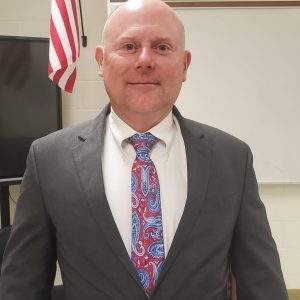