The Kenton Mayor and Board of Aldermen honored Sarah Skinner her 31 years of service as a board member at the city’s Dec. 3 meeting. She elected to retire from her duty rather than seeking re-election.

Mayor Danny Jowers had cake and punch to serve the board members and the audience. He presented Skinner with a gift.

Jowers said, “Ms. Sarah has been the rock on our board for a long, long time. If you heard her getting a little sharp in the voice whilst on the board you knew she meant business. She has worked hard for our city. She has been the cornerstone on this board for 31 years. I will miss her as much as I’ve missed anyone on this board.”

From the audience, Sarah’s husband James shouted, “That’s my wife,” to which ensued a peal of laughter.

“This is bittersweet,” Skinner said. “I hate to leave. I don’t know if I would have gotten elected again. You have to know when you have to have sense enough to move on and let someone else take over. The only reason I’m leaving is because of my age. I don’t mind telling everyone how old I am. A lot of women don’t like telling their age, but I’m 83 years old. I’ve had some rough times on the job. It’s not an easy job. Sometimes it’s not a thankful job. You have to do what you think is right in your heart. I have enjoyed working under Danny, you know sometimes he gets hot-headed in a minute, but I think I’ve calmed him down a lot of times. I think he’s done a good job and will do a good job. One thing I want to say, whoever you appoint over the office, you better treat my ladies right. Shayna and Camelia are good people.”

Fire Commissioner Lisa Skinner also vacated her chair in preparation of the seating of the new board. Alderman Gerald Keele vacated his chair in absentia. Jowers thanked Lisa Skinner for serving on the board and putting out fires without water.

Alderperson Glen Zaricor asked Jowers to explain the reason the city received a $360 bill from the Obion County Election Commission. Jowers said he expects a like bill from Gibson County though it has not yet been received. Jowers said that in elections they have for the city, the city supplies a polling place. The charge is for the person that brings the voting machines in and sets them up. Jowers said he would investigate the charges and possibly contest them. As far as the city being separated geographically, the city would be unfairly charged twice.

The board then adjourned so that new members and the mayor could be sworn in. Returning alderman are Wade Simpson, Delores Agee and Glen Zaricor. New aldermen are Harold Banks, Tim Johns and Jesse Griggs. Jowers swore in City Judge Charles Crouson and he, in turn, swore in Jowers. Crouson swore in the new board of alderpersons. Jowers convened the new board into session.

The board re-elected Simpson as vice mayor. Election of the vice mayor according to the charter, he or she, must be elected by a private vote by the board and this was done. The top vote getter in the election was Harold Banks.

Ed Hargraves of A2H Engineering, based in Lakeland, made a presentation. The board unanimously voted to adopt A2H as the city’s primary engineering firm.

Jowers announced they have done quite a bit of paving restoration throughout the whole city.

Jowers announced that Simpson is over streets, sanitation and building permits. Agee is over budgets and office. Banks is the police commissioner. Johns is over water and sewer. Griggs is the fire commissioner, and Zaricor is over parks and recreation. The commissioners over police and fire will be given one month to decide who the department heads will be.

The board approved Shayna Jackson to continue in her role as city recorder and Jeff Smith as city attorney. 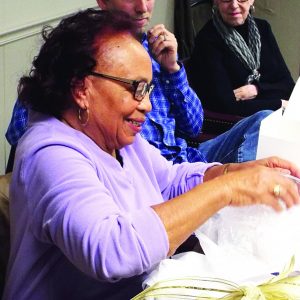